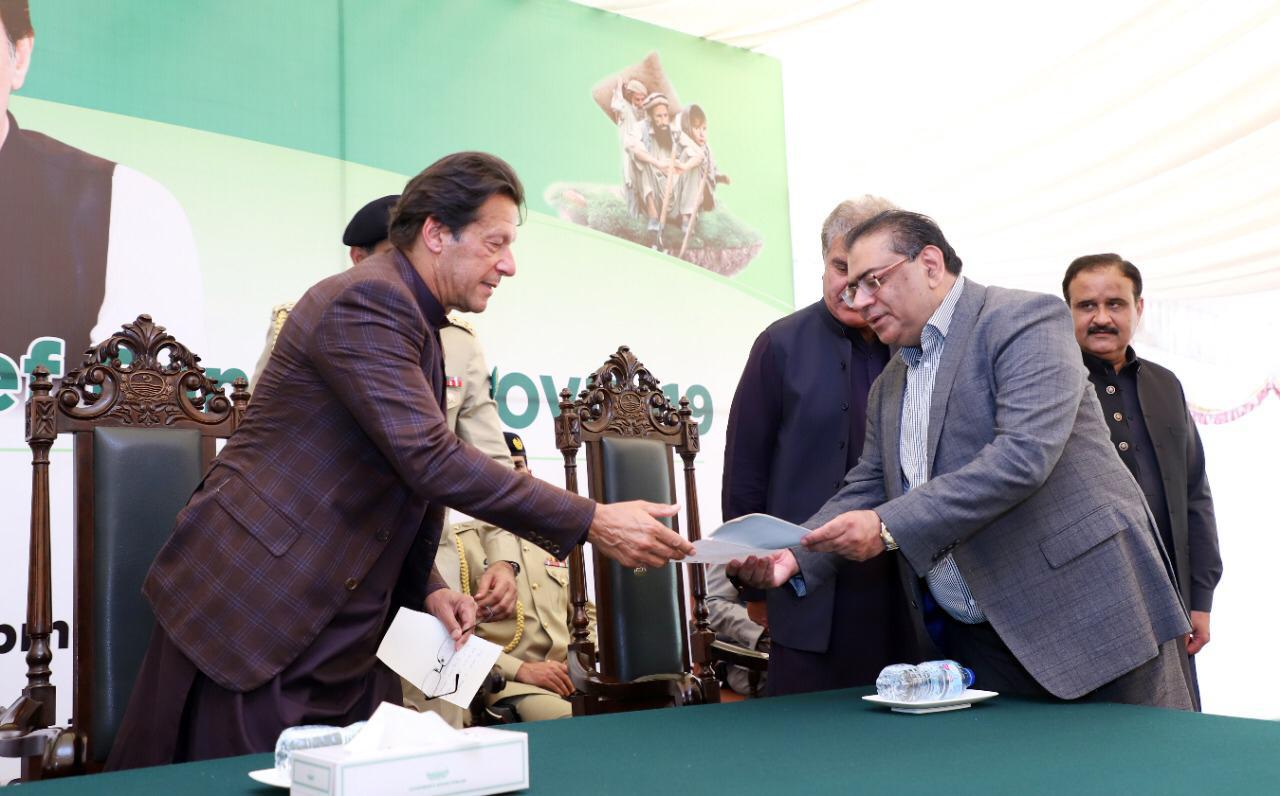 The government has come to solve the problems of the people in this difficult time. Prime Minister of Pakistan talks with Khawaja Jalaluddin Rumi in Multan.

Prime Minister Imran Khan said at a ceremony held at the Governor’s House that the people besides the government would have to go with us to deal with the problems caused by Corona. It is unknown to anyone how long the war will be, but victory in this war will be ours. Our intention and hard work will soon come to the effect that I have seen in this crisis of Corona that all sections belong to this war. Our hand is strong, especially for businessmen and philanthropists who have generously donated to my Relief Fund.

Speaking on the occasion, Chairman Khawaja Jalaluddin Rumi, former President of Multan Draft Port Trust and Chambers of Commerce Industry of Multan and Dera Ghazi Khan, assured Prime Minister Imran Khan of his full cooperation and said that Mahmood Group of Industries are always standing with their people.

Since the people have been in trouble due to Corona in the country, various government hospitals in Punjab have provided protective kits and other harmful items other than test kits.

We have been working day and night with Pakistan Army and the Punjab Government on numerous projects to save South Punjab from the KCorona epidemic so that we can protect the people of our region from it Khawaja Jalaluddin Rumi. The program’s leader, Sania Nishtar, called for the distribution of aid to the disadvantaged people of southern Punjab in the justice aid program so that the people of these areas were living below the poverty line. External Affairs Minister Shah Mehmood Qureshi and Chief Minister Punjab praised the efforts of the Prime Minister. In the first meeting after the victims’ program was chaired by Shah Mahmood Qureshi, in which numerous projects were approved for southern Punjab.

On the occasion, Khawaja Rumi said that during the last two weeks, we have brought more than 3,000 households to the houses without sacrificing their self-esteem. In this war, Prime Minister of Pakistan assured to Khawaja Rumi about complete co-operation in South Punjab. On that occasion, he presented Prime Minister Imran with a cheque of  for a relief program and requested the government that he should share it with the people of southern Punjab.

Governer Punjab told the Prime Minister while addressing that Mahmood Group of Industries has been working on various welfare schemes for the supply of clean water in southern Punjab for a long time which has provided free clean water and medical facilities to the people in their areas.

The Prime Minister said on the occasion that your group is always striving for the suffering humanity, which is proof that you have always supported the Shaukat Khanum Hospital which I deeply appreciate your efforts.