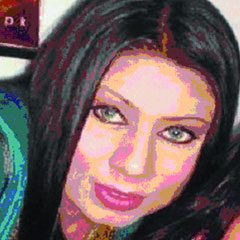 Physical abuse to a child of any age by a parent or a school administrator is a serious crime punishable in the legal systems of the United Kingdom, Australia, the USA and other countries. Also in India bills have been passed against physical abuse so that it can be prohibited in all schools, yet India similar to Pakistan is still going through a struggling phase to eliminate it completely. However, India has reached a point where it is way ahead of us in curbing this societal menace.

Any parent who beats or emotionally abuses a child is held accountable by the Social Services department in the United Kingdom. Toll free numbers are available, and advertisements on television are frequently run for awareness for childeren who undergo any form of torment. The theme of these announcements is along the following lines: “If you are being beaten or abused physically or emotionally by parents or caregivers, contact this help-line immediately.” Parents or gaurdians who do so have to pay a very heavy price; a large number of children have been taken away from abusive parents by the Social Services department of England. The social services held them accountable for affecting the child’s emotional and mental health. Some of these parents even had to face imprisonment. Such children are given into foster care or centres developed for child safety, and to people for adoption who can look after them in a much better way. This is the law there, and you cannot mess with it.

Poland in 1783 was the first nation that introduced laws to put an end to corporal punishment in schools. Most developed countries have abolished the practice. However, it is still a common practice in countries like Pakistan, India, and many other parts of Asia as well as Africa. It was banned in public schools throughout Britain in 1986.

In Pakistan, many children of an extremely tender age group — ranging from 4-14 years — are beaten in schools in a primitive and brutal fashion. Where other countries have strict laws regarding corporal punishment, Pakistan is still lagging decades behind. Recently, some videos went viral on social media where children as young as four to six years old were shown to be beaten in the most horrible way by teachers who are supposed to nourish, groom and cultivate their future. These repulsive images reminded me of owners of donkey carts on public roads that are commonly seen to ruthlessly whip their animals with sticks.

A teacher holding a stick, cane or a metal measuring rod to thrash children is considered a norm especially in public schools; it has also been a prevalent means of disciplining pupils even in private schools. It shows how these teachers are suffering from anger and control issues, and that they desperately require psychological treatment. They use excessive force, which should be considered and equated to criminal atrocities as many childeren form bruises on their body parts especially face, arms, and hands. Such heinous and brutal means of punishment for behavioural discipline of pupils is an unhealthy and a regressive practice.

Our governments have been taking this matter very lightly, as is evident from the fact that they have time and again neglected to curb the issue. According to a 2010 report compiled by the Society for the Protection of the Rights of the Child, up to 35,000 students drop out of schools every year as a result of corporal punishment they had to suffer. And according to a 2009 study by the Plan Pakistan and government of Punjab, approximately 89 percent of children in rural areas, and 92 percent in urban areas of the province are reported to have been subjected to corporal punishment.

Sadly, government is missing out on important aspects that this practice could lead towards, including many abnormalities that arise as a result of being abused in childhood. There is no way to find out how many criminals are formed as a consequence of deprivation and neglect as they did not receive proper mental and emotional standards of upbringing.

According to surveys conducted by top psychologists and researchers in western countries, those individuals who have seen or experienced any type of emotional or physical abuse during their foundational years are prone to act in violent ways as adults. Such children could, in the future, become wife-beaters, law-breakers, rapists, or suffer from a low self-image and self esteem, have temperamental problems, and use physical force rather than dialogue when facing difficult situations. It could cater to develop various kinds of mental issues, which can be life threatening to others and themselves. They can have suicidal tendencies as a result of low self-esteem. Mostly, controlling their emotional reactions is not possible unless they exert a certain amount of physical force, as that ultimately becomes a reflex action that they learnt based on childhood governing tactics instilled by their elders and teachers. Our educational system needs a reformation in structuring a proper procedure that is devised for monitoring and testing the mental aptitude of teachers.

A research conducted by the American Psychological Association concluded: “Physical use of punishment for discipline caused severe mental health problems and anti-social behaviour in children.” Moreover, it hinders a positive mental attitude and only serves a destructive purpose.

The task of imparting knowledge and wisdom of what we have learned to childern is like igniting a flame by holding a torch that enlightens their hearts, minds and souls. Teachers have the responsibility of passing on knowledge that they acquired, not dim the light by which childern can grow or by creating fear in their hearts. How will children learn to distinguish between right and wrong if they are only being controlled by fear or a figure holding a cane to whip them with?