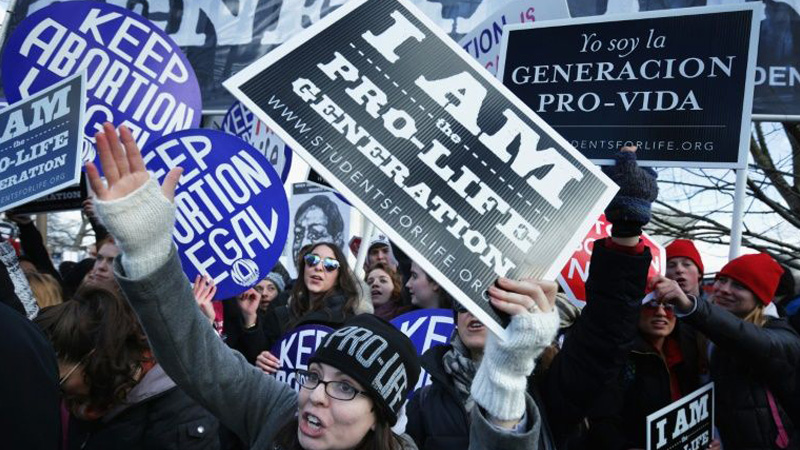 As the novel coronavirus rages across the United States, a new legal battle over abortion is brewing — and its impact is unclear. Led by Texas, several conservative-leaning US states have classified abortions as “nonessential” or elective procedures — meaning they have been delayed under state guidelines for handling the pandemic.

US federal judges on Monday blocked Texas, Ohio and Alabama from including abortion on a list of elective procedures now banned to ensure the stockpile of medical supplies is not depleted as the virus spreads.

One said the Supreme Court never mentioned any exceptions when it enshrined a woman’s right to abortion in its 1973 landmark decision in Roe v Wade. For Alexis McGill Johnson, acting president of Planned Parenthood, those courts sent “a clear message to politicians and anti-abortion activists in other states: Exploiting a global pandemic to ban abortion is illegal.”

But the tables were turned on Tuesday, when a federal appeals court found in favor of Texas, issuing a temporary stay on the lower court’s ruling — meaning abortions are halted.

Texas Attorney General Ken Paxton hailed the decision, saying in a statement that the appellate ruling “justly prioritizes supplies and personal protective equipment for the medical professionals in need.”

Medically ‘essential’ or not?

In the United States, which now has more coronavirus cases than any other in the world at 180,000 and mounting, as in other nations, rescheduling elective procedures is the new normal.

With protective masks and other gear in short supply, state governments want to be sure nothing goes to waste or is used in a procedure that can wait, like vision correction or plastic surgery.

Medical associations such as the American College of Obstetricians and Gynecologists (ACOG) have called for abortions to remain available.

“We’ve warned that the consequences of being unable to obtain an abortion profoundly impact a person’s life, health and wellbeing,” said Skye Perryman, the group’s chief legal and policy officer.

McGill Johnson said some women with the financial means to do so may go out of state for an abortion but warned such a move “increases the risk that they’re exposing themselves and others to the new coronavirus.”

Jennifer Dalven, the director of the Reproductive Freedom Project at the American Civil Liberties Union, said it was “not surprising” that some states were seizing the moment to launch a new effort to block abortions.

“The states that are now using the COVID crisis to stop people from getting abortion care are the very same states that have a history of passing laws to ban abortion, or using sham rationale to shut clinics,” she said.

“We all know that pregnancies don’t stop just because of the health care crisis.”

For the better part of the last 20 years, the US “Bible Belt” that stretches across the South and parts of the Midwest have adopted increasingly restrictive legislation on abortions, forcing many clinics to shut down.

Since President Donald Trump took office with the support of a large bloc of evangelical Christian voters he won over with his anti-abortion stance, those states have doubled down.

Some of that legislation has been written in the hope that it will reach the Supreme Court — which, thanks to two Trump appointees, leans decidedly to the right — and serve as a gateway to the overturning of Roe v Wade.

A year ago, Alabama adopted a law banning all abortions, including in cases of rape and incest. A judge blocked the law from taking effect, but it is still working its way through the courts.

“After weathering countless attacks from Alabama anti-abortion politicians, we saw the state’s action for exactly what it was: an attempt to attack access to essential health care under the guise of pandemic response,” she said.