On Tuesday, an accountability court granted seven-day transit remand to Editor-in-Chief of Jang Geo Media Group Mir Shakil-ur-Rahman to attend the funeral of his brother, Mir Javed ur Rahman. 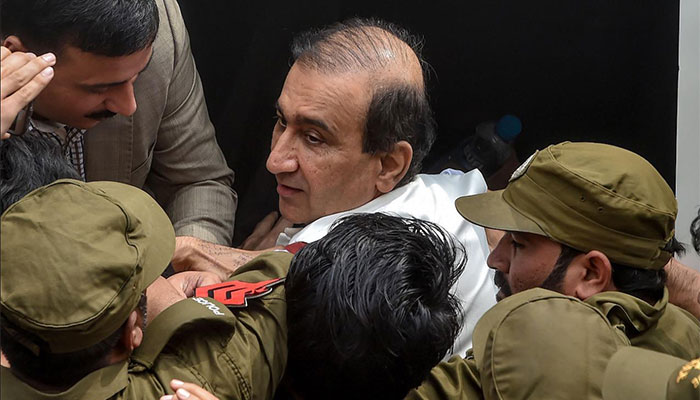 Earlier, the National Accountability Bureau (NAB) had said it would allow MSR to see his critically ill brother as a ‘humanitarian gesture’, but the allowance was made conditional to court approval which was not secured in time.

Mir Javed Rahman passed away early Tuesday morning at a private hospital in Karachi after a battle with lung cancer.

MSR’s counsel had pleaded to the court for grant of seven-day transit remand, to which the NAB prosecutor did not object.

Earlier, the National Accountability Bureau (NAB) had declared that it would allow Mir Shakil-ur-Rahman to see his gravely ill brother, but the compensation was subject to the approval of the court which did not been obtained on time.

In a previous hearing, the court had asked NAB to submit clause-wise explanations to the questions raised by the court. The NAB prosecutor had submitted a response to the original petition in the March 30 hearing.