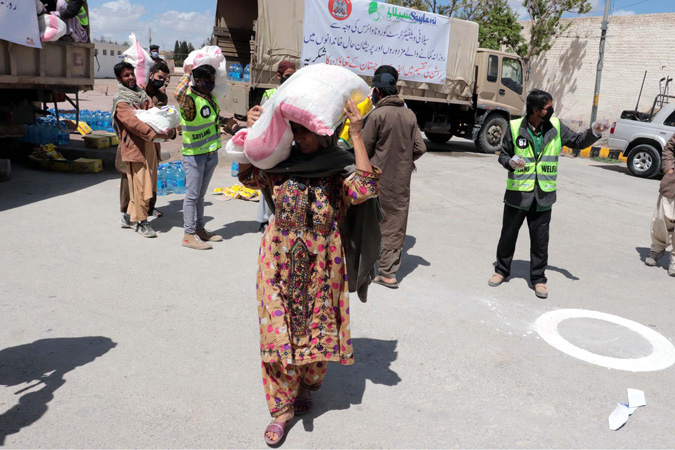 The nationwide tally of COVID-19 patients on Tuesday jumped to 1,943, with 676 cases each in Sindh and Punjab, 158 in Balochistan, 253 in Khyber-Pakhtunkhwa, 148 in Gilgit-Baltistan, 58 in Islamabad and six in Azad Jammu and Kashmir.

The virus has so far claimed 26 lives in Pakistan, while 58 patients have fully recovered.

Sindh’s Minister for Health and Population Welfare Dr Azra Pechuho Tuesday confirmed 49 new cases of local transmission, mostly among members of Tabligi Jamaat in Hyderabad, to bring the total number of cases in the province to 676.

Currently, there are 128 cases in Hyderabad including 94 among Tablighi Jamaat. Karachi now has 274 coronavirus cases whereas Dadu and Jacobabad have one each. Some 41 patients have recovered while 627 are still being treated at different health facilities across the province.

Pechuho also confirmed one more fatality, bringing the death toll to eight in the province and 26 in Pakistan. The 74-year-old patient was a resident of Karachi and was brought to hospital on March 26, where he was tested positive, she said in a statement. The patient had a history of acute respiratory distress syndrome and diabetes, she added.

The information department of Gilgit-Baltistan has confirmed 24 new cases of COVID-19, raising the region’s tally to 148 on Tuesday.

Two Pakistani nationals, out of a group of five, have tested positive for the novel coronavirus on their return to the country from India. The two are residents of Lahore and have been kept in an isolation ward of the Services Hospital. The tests for the other three individuals came back negative. One of the individuals had travelled to India for a liver transplant procedure. However, the doctors in India refused to conduct the procedure due to the patient’s advance age.

Eighteen new coronavirus cases have been confirmed in Punjab, taking the provincial total to 676, according to a spokesperson for the Punjab health department. Out of the total, Dera Ghazi Khan has the highest number of cases – 207 – confirmed among pilgrims from Iran. Authorities have imposed stricter limits on social activities in Raiwind, restricting movement at the city’s entry and exit points, Raiwind Circle Assistant Superintendent of Police Raza Tanveer said. The Taleeghi Jamaat Markaz in Raiwind and its surrounding neighbourhoods have been turned into quarantine and shops have been closed in the area.

The Sindh government has set up the first Covid-19 drive-thru testing facility in Karachi. The newly established testing centre is a joint collaboration between Sindh’s health and local government departments.

Sindh Minister for Local Government Syed Nasir Hussain Shah visited the centre and announced that these drive-thru centres will be established across the province.

Sindh Transport Minister Syed Awais Qadir Shah, who underwent screening after coming into contact with pilgrims in Sukkur, has tested negative for the coronavirus. “I have been tested negative. Time to go back into fieldwork. Thank you for all your prayers. May you all be healthy and safe,” he said in a statement. The Khyber Pakhtunkhwa government has issued an order limiting prayer congregations to “five or less people” as part of its measures to promote social distancing, a notification by the provincial Relief Rehabilitation and Settlement Department said. The government has taken the decision after consultations with religious scholars who have “unanimously decreed that if deemed appropriate by the government for medical reasons, it may place any restrictions on the number of persons offering prayers by jamaat”, the notification read.