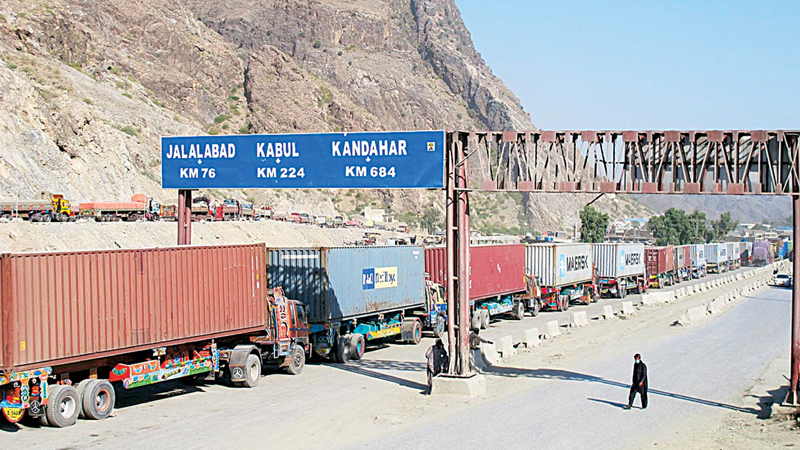 Afghan Ambassador Atif Mashal on Sunday said that the Pakistani government has promised to open crossing points to allow stranded nationals to return to Afghanistan.

Ambassador Mashal said Pakistani government has promised to reopen the crossing soon for few days after his efforts and contacts with Pakistani officials. He said the Afghan embassy will arrange the embassy’s transport for the patients and families in view of closure of transports in Pakistan. “We will wait for Pakistani government’s decision on Monday and we are hopeful that the problems of our people will be addressed,” Mashal said in a series of tweets.

He advised Afghan nationals to show courage as the entire world faces a difficult situation because of the pandemic of the coronavirus. “Many Pakistanis are stranded abroad and similarly nationals of other countries are stuck in Pakistan,” he said. “We will continue efforts to find out solution to the problems of Afghans living in Pakistan. I also urge Afghan

Mashal also visited Afghan students at the International Islamic University Islamabad and distributed masks and sanitizers among the students. He asked the students to contact the embassy in any emergency situation. The university administration has allowed Afghan and other foreign students to stay in hostels closed for Pakistani students.

Representatives of Afghan refugees told Daily Times that they presently face problems to transfer bodies of the refugees died in Pakistan. They said transfer of bodies need permission from the Foreign Ministry of Pakistan which usually causes delay in taking the bodies to Afghanistan.

Meanwhile, talking to VOA Pashto, Mashal said he has not received any information about harassment of Afghan refugees in Pakistan in the situation arising out of the corona pandemic.

He said Pakistani government has extended cooperation to the Afghan embassy and the embassy has shared with Pakistan if there was any compliant.

He dispelled the impression that Pakistan has adopted discriminatory approach towards the refugees and said the corona problem has changed the situation for everyone and not just for Afghans. “I thank the government of Pakistan for paying attention to our concerns and we will work jointly in the current human tragedy,” he said.