Unity in the time of Isolation

Today, in 2020, we face another war, one being fought worldwide and against something quite unfathomable called the “unseen” enemy. We had no previous defence strategy developed for it. Cities, towns and entire countries have fallen victim to one of the most widespread viruses in the world. What started as a small news clip about the spread of a virus in Wuhan, China, soon engulfed the world as panic and illness spread throughout the entire globe. To “flatten the curve,” “social distancing” and “self-isolation” have been key components of containing the virus. As the world shifted towards working remotely, whilst scrolling the news, I read something about the virtual human family being united under the circumstances. 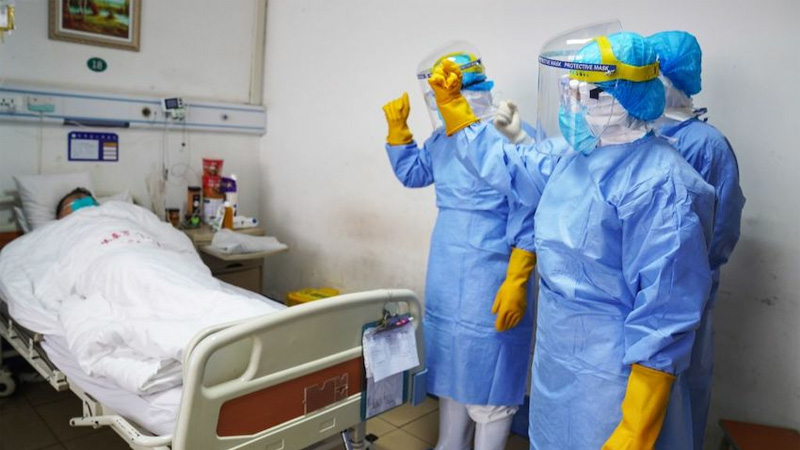 With the world shutting down, I got a message from an almost stranger. We reached out to each other, sending messages of reassurance, as the virus did its damage across the earth. I did wonder why she reached out to me in particular, wanting a conversation as we had only met for approximately 10 minutes physically at an event a few months ago. She was busy with her programs, and I was busy with my work, yet there remained a connection across continents especially when her city, New York, went into a lockdown first and she sent a message asking how I was doing. Perhaps I knew it was a human connection that was all she wanted to hear. I remember a month earlier, when there was news that there would be nation-wide lockdowns worldwide, I was about to travel and somebody sent a message to check my airline travel before I got stuck. I had never met them either, but they said they were thinking of me and were hoping I would be safe.

The wreckage of Coronavirus seems to have physically divided us all by the preventive measures taken of social distancing and implementing self-isolation, but it has not managed to divide humanity because of the way it has united us in the fight against it. Leaders implemented the systematic shutdown in their own countries in different manners, according to their understanding of the human psyche of each region and in stages, so as not to create widespread panic and unrest. With the lockdown here, the need of the hour was a focus on maybe an impending economic crisis and the plight of a certain segment of society, which is dependent on day-to-day earnings. The good news has recently come in the shape of a public relief economic package allotted by the government of Pakistan, which showed tremendous alacrity in planning and strategising. The relief package, worth around Rs 1.2 trillion, aims to ward off the negative impact of the virus on the economy.

I read a post from a Facebook community group that said let us stock up on compassion as well. Well said. The global crisis will be disrupting many lives, especially our day-to-day existence. However, has the world been brought together? As information was shared over boundaries, there was less dissension and more sharing of knowledge, raising of awareness and empathy as nations were seen suffering. The World Bank and IMF advocated for debt relief of the poorest of countries, another brilliant move towards showing solidarity with the world at this time.

The World Bank and IMF advocated for debt relief of the poorest of countries, another brilliant move towards showing solidarity with the world at this time

As earth heals from the man-made wounds previously inflicted upon it, we saw definitive movements of positive environmental healing as nature took over. Skies cleared as one noticed a marked change in air quality as the world slowed and carbon emissions from traffic (cars and even planes) were reduced to a bare minimum. Was this that pivotal moment needed for us to realise to change an entire way of being and adapt to a newer law of living, which was yet unwritten and unspoken, but now becoming apparent?

As people sat at home, they played virtual games over social media and support groups were joined to combat anxiety and depression about the current situation. Friends and strangers made calls for assistance or for donation packages for the needy who would be most struck by this. A post was made somewhere from a young man who offered to help by delivering groceries for the elderly. The world, as we know it, became virtually accelerated into a “cyberspace family” of sorts.

Videos of people singing songs to each other from balconies in Italy started a trend throughout the world. As Pakistan sang its national anthem on March 23 (Pakistan’s Resolution Day) from their balconies, men, women and children waved to each other. Displaying an affinity in these challenging times, neighbours offered each other their food rations if anybody fell short.

And there was something else that occurred during all of this that became more apparent. With schools closed and parents trying to cope and homeschool their children, the world changed whilst it remained in a fight against the virus. It seemed to have developed another coping mechanism for sustainability. Remotely working from home was the new norm and seemed to include all sectors. Suddenly, there was talk about newer business models, which were sought to adjust to a digital-based reality.

Whether it is an emerging nation or a developed one, the raw emotions felt during this time are one and the same. We realise how fragile we are as living beings. For the believer in me, I think we will always have humanity. The human race seems to have been turned into one large virtual family and has been streaming itself over different channels of communication. From the order of self-discipline, which came from self-policing methods, there came a faith that we will get through this, together. And more than ever, it is today that the three principles of Quaid-e-Azam, the founding father of Pakistan, rang true as a reminder, not only for Pakistan as a country but for all: Unity, Faith and Discipline. It was suddenly in this time of isolation that a new nation of the world, combined of all three, seems to have been born.