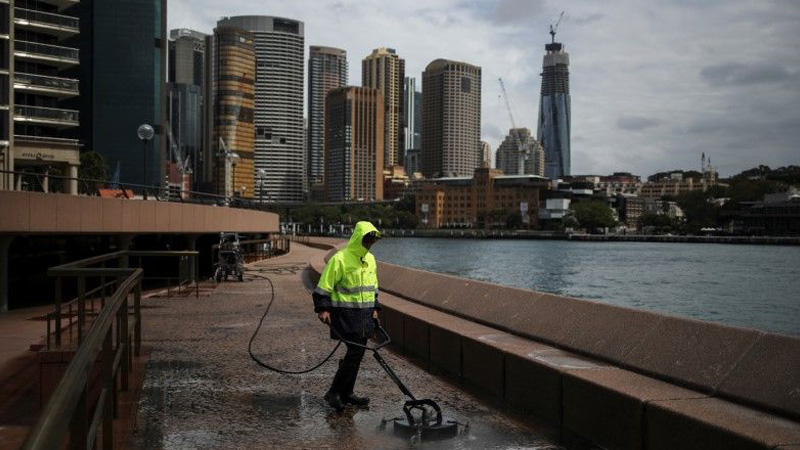 The death toll from the virus rose to 14 after an elderly woman died in an aged-care facility in New South Wales (NSW)state where several residents and employees have tested positive for the virus, according to NSW health officials.

The country’s total number of confirmed coronavirus cases rose by 212 to 3,378 early on Saturday, two-thirds of them in NSW and Victoria states, according to the federal heath ministry.

The infection rate in Australia remains slower than in many other countries, although it is accelerating, especially in the most populous states of NSW and Victoria where more than half of the country’s 25.5-million people live.

As of midnight on Saturday, all returning citizens from abroad will be put into compulsory quarantine in hotels for two weeks at the government’s expense.

“There’s so many parts of the world where this (coronavirus) is running rampant and I think every returned traveller is a significant risk,” Victoria Premier Daniel Andrews told a televised briefing.

Two-thirds of the cases in Australia have been traced to contact with people returning from overseas, government health officials said, although community transmission has been growing.

NSW Premier Gladys Berejiklian said harsher enforcement of social distancing could be necessary if community transmission began to rise “at a rate that we are not comfortable with”.

Australia’s state and federal governments have sent some mixed messages about social distancing and other containment measures, leading to widespread confusion.

While there is no national order to stay home, entertainment and other mass-gathering venues have been shut and authorities have urged people to cancel house parties and other social gatherings.

In Victoria, police closed beaches on Saturday after hundreds of people flocked to the waterside a day earlier in a repeat of scenes the previous weekend at Sydney’s Bondi beach.

Police raided a party at a backpacker hostel at Bondi on Friday night, the Sydney Morning Herald newspaper reported.

People in the Australian state of Queensland were urged to vote in local elections on Saturday or face a fine of Aus$133 ($80), as polls went ahead despite most citizens being encouraged to stay home to stem the spread of the coronavirus.

The state’s top health official said it was safe to vote in person as long as people followed social distancing guidelines.

“There’s no risk here, we’ve got to remember the risk of people going to the shops is far, far higher,” Jeannette Young told reporters.

Many of the three million eligible voters had cast their ballot early, or remotely by post or telephone.

However long queues were reported outside some booths on Saturday due to safety measures limiting the number of people allowed inside at once. Queueing voters were told to stand 1.5 metres (5 feet) apart and asked to bring their own pens.

Compulsory voting remained in place, but those who were self-isolating due to illness could apply to have fines waived, state health minister Steven Miles said. It was unclear whether healthy people could cite fear of infection as a valid reason for not voting.

The vote came as confirmed virus cases in Australia rose above 3,500 on Saturday, with 14 deaths.

Funerals can only go ahead with 10 people or fewer and weddings are restricted to five.

“The fact that people can’t attend their own family members’ funerals, yet if you live in Queensland you HAVE to vote in an election this weekend is the actual definition of a joke,” Australian Paralympian Dylan Alcott tweeted on Saturday.

Many others expressed frustration and confusion online at the decision to hold the election, with even some who voted in person questioning the move.

“It seems to be a bit silly to be voting during a global pandemic,” voter Alex Ramsey told local newspaper The Courier Mail.