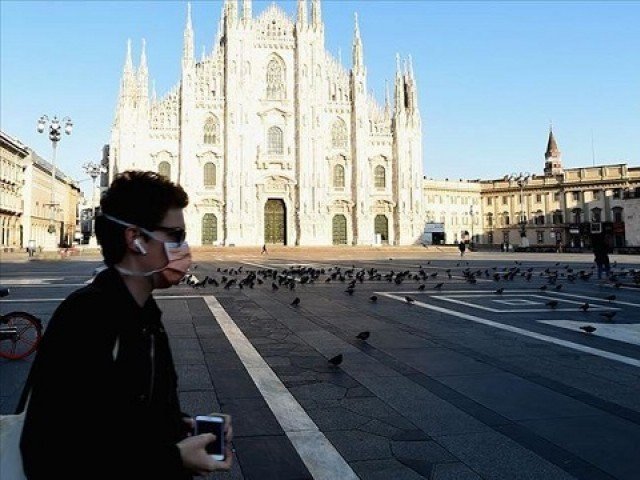 ROME: Italy on Wednesday reported 683 new deaths from the novel coronavirus, bringing the number of total deaths to 7,503, the highest in the world.

The latest figures provided by the Italian Civil Protection Department show that the total number of cases in the country continues to grow, but at a slower pace for the fourth day in a row.

Confirmed contagions rose by 6 per cent from Tuesday to reach 57,521. The total number of recovered patients reached 9,362.

The epicentre of the Italian outbreak remains the northern Lombardy region, which accounts alone for 4,474 victims.

Angelo Borrelli, the head of Italy’s Civil Protection Department, developed a fever on Wednesday and did not participate in the daily news conference for precautionary reasons. Department officials said Borrelli was now at home, where he keeps working and monitoring the situation closely.

As Italy faces a crucial week to confirm whether a trend reversal has been achieved in terms of new daily infections, the government continues to struggle on how to handle the emergency.

Italy’s premier Giuseppe Conte addressed parliament on Wednesday afternoon to respond to increasing criticism over the government’s measures to contain the virus.

“We are facing an invisible enemy, which has divided families and forced us to limit our movements,” Conte said, adding: “This is an economic, sanitary and social challenge, and involves all of us.”

He acknowledged that the cabinet’s decisions would have “enormous consequences that will influence our future,” defending the government’s reaction speed to the outbreak.

He asserted that authorities initiated their response on Feb. 22, one day after the outbreak began and before even the World Health Organization’s declaration of the coronavirus as a global emergency.

Since emerging in Wuhan, China, last December, the virus has spread to at least 172 countries and regions, according to data compiled by the U.S.-based Johns Hopkins University.