Rs12,000 to be given per family via Ehsaas Emergency Cash Programme: Dr Sania 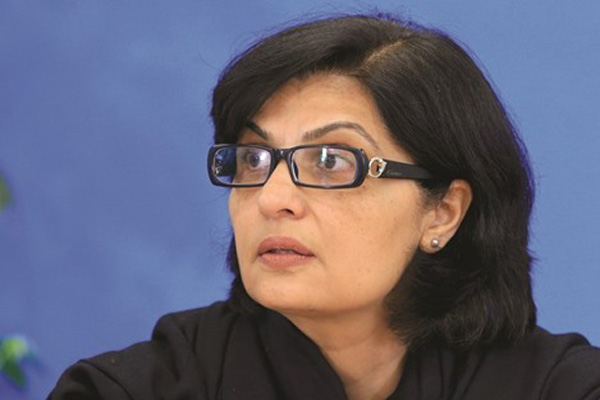 ISLAMABAD: Special Assistant to Prime Minister on Social Protection and Poverty Alleviation Dr Sania Nishtar on Tuesday said that the Ehsaas Emergency Cash Programme has been approved for giving cash assistance to 10 million people affected due to the spread of novel coronavirus.

Dr Sania, in a series of tweets, said that the programme would benefit 67 million people (given household size) as Rs12,000 would be given to each family as per decision.

She said that the daily wage earners were their top priority whose livelihood had been badly affected by the corona-induced economic downturn.

Listing the first category, she said 4.5 million existing Ehsaas Kafaalat beneficiaries (all women) already getting Rs2,000, would get extra Rs1,000 emergency relief (total Rs3,000) for the next four months.

In the second category, she said, three million affectees would be identified through the national socioeconomic database. The eligibility threshold would be relaxed upwards and with previous income of up to Rs20,000, who had now suffered economic shock and were without livelihood, would be helped through Ehsaas, she added.

Dr Sania said that in the third category, an SMS campaign, to be launched in two weeks would allow others, not currently enrolled in the database to seek assistance. The district administrations would conduct assessments speedily after SMS was received and around 2.5 million would be identified through the Ehsaas SMS route, she added.

She said that data analytics would be used to ensure that the system was not abused. Computerised National Identity Cards (CNIC) of those declared eligible would be passed to Ehsaas partner banks, including Habib Bank Limited and Alfalah Bank, and simultaneously an SMS message would be sent to them directing them to collect money through nearest bank, she added.

“We will ensure coronavirus protection measures during Ehsaas payments through use of hand-washing/disinfectants at cash disbursement sites, increase in number of point of sales to reduce crowding, special sites, distancing in queues and use of new currency notes”, she said.

Dr Sania said that she would hold a press conference during the current week to explain how the initiatives would be implemented.