As the game goes on Down Under, will others follow? 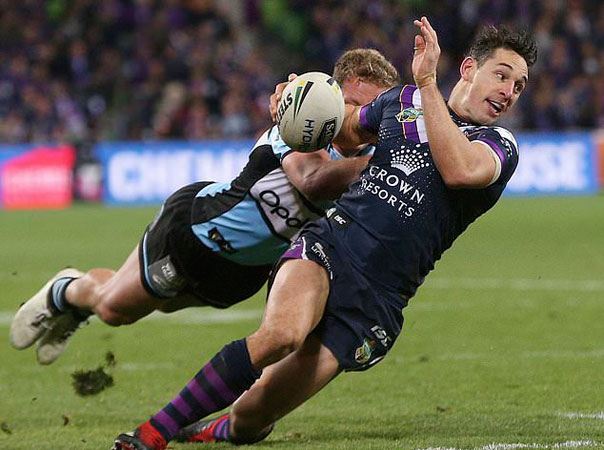 There’s an intriguing experiment going on Down Under. The Australian Football League – best known in the United States as an early staple of ESPN programming – eerily launched its season Thursday before an empty, 100,000-seat stadium.

It could be a potential template for other big-league sports around the globe to return to the fields and arenas quicker than we might’ve thought possible during the coronavirus outbreak.

Unlike most major sporting entities, Aussie rules football has decided to take the field for a reduced schedule of games – 17 games instead of the normal 22 – that are essentially serving as television programming, since no fans are to be allowed into the stadiums until the pandemic is under control.

From the AFL’s perspective, the risk is worth it.

“We embark on this journey with clear instruction from the government that all industry and all parts of society need to keep moving forward,” AFL chief executive Gillon McLachlan said of the decision, which was reached just hours before a season unlike any other got the green light. “We simply cannot stand still.”

A week into what has become essentially a worldwide shutdown for sports – other than a handful such as professional bull riding, horse racing and mini-tour golf – the AFL’s insistence on taking the field could mark a hesitant but significant step toward the games resuming.

NBA Commissioner Adam Silver, whose league is usually at the forefront of positive social change, signaled that the hoop game is considering steps toward an AFL-like return.

“People are stuck at home. They need a diversion. They need to be entertained,” Silver said in an interview with ESPN.

Silver can’t say when games might tip off again. But in hopes of avoiding the worst-case scenario, the NBA is considering an idea where some players would be quarantined or isolated for purposes of being able to compete against one another in empty arenas.

Of course, the cynics will say Silver and the AFL are more concerned with their own bottom lines than providing entertainment and economic stimulus to a world that has hit a collective pause button.

Indeed, the AFL conceded that it needed to at least start collecting its lucrative TV revenue to ensure the financial viability of some clubs. There has already been speculation that, like many businesses around the world, some teams won’t be able to carry on when the pandemic is over.

McLachlan said bluntly that the decision was made in part to to help “preserve our industry,” That may sound heartless and out of touch, but it is surely a reality for not just the AFL, but many leagues and teams around the world.

Can they survive a lengthy shutdown?

So, in what has long been the traditional start to the AFL season, Richmond and Carlton took the field at the massive Melbourne Cricket Ground, one of the world’s largest stadiums but totally devoid of fans for a game under the lights.

It was truly a bizarre, surreal scene.

The bouncy Carlton fight song, “We Are The Navy Blues,” blared over the loudspeakers as the players emerged from the locker room. Richmond normally takes the field accompanied by a line of drummers, but those sounds were piped in for the Tigers’ entrance.

There were no cheers, of course.

With Richmond coming in as the reigning league champions, the opening game normally would have been an occasion for the Tigers to unveil their title banner. But the team decided to put off that ritual until they can celebrate it with their fans.

As for the game, which was played under revised that have reduced the time of each quarter in hopes of lessening the risk to the players in such a high-contact sport, Richmond emerged with a 105-81 victory. The players gathered in a circle afterward, arm in arm, to sing a raucous version of the team song for the fans watching at home.

But the score didn’t seem the least bit important.

Every player, no matter what uniform they were wearing, deserved a trophy just for participating.

“Once the ball is bounced, you just do your job,” Richmond coach Damien Hardwick said. “You have fans at home, family at home, and hopefully they were cheering us on.”

There was hardly any sound inside the stadium – a striking contrast to last season’s raucous affair, which drew more than 85,000 fans to the MCG.

“Initially, when you walk onto the ground, it feels very much like a practice match,” Hardwick conceded.

Two more AFL games are scheduled to be played Friday, and the remaining teams in the 18-team circuit are planning to be in action over the weekend.

No one knows if this week will become a one-and-done. If someone tests positive, the AFL will have to halt the matches and adjust its plans once more.

“We don’t know how many games we will get into this 153-game journey before we have to pause,” McLachlan said. “The reality is, this season will not look like any other.”

The world is watching.