EU calls for ‘full ceasefire’ in Afghanistan over coronavirus

* US welcomes Taliban operation against Daesh 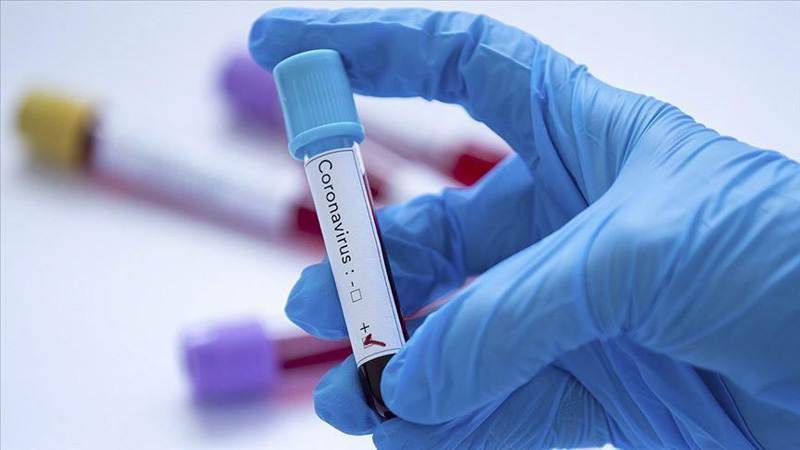 As the world is fighting to fight the coronavirus, the European Union on Tuesday called for halt to fighting in view of the growing threat of coronavirus that has also affected people in the war-ravaged Afghanistan.

Taliban have been observing ceasefire with foreign forces since they have signed an agreement with the US on Feb. 29, however, they have stepped up attacks on Afghan forces after a weeklong reduction in violence ended.

“More than 20 Taliban were also killed in the clash,” he said, adding that the Taliban “torched two Humvees and stole a third.”

EU Special Envoy for Afghanistan Roland Kobia said that everyone has the right to be helped against the coronavirus.

“To be better helped, first measures should be: full ceasefire, stop taxing humanitarian aid, ensure full access & safety, coordinate & cooperate with Government. That would maximise help to all the people of #Afghanistan,” Kobia said in a twitter post.

Taliban have not responded to the EU envy’s call. However, Taliban political spokesman Suhail Shaheen said on Monday that the Taliban via its Health Commission has assured all international health organizations and WHO of its readiness to cooperate and coordinate with them in combatting the coronavirus.

In a tweet he urged the world’s humanitarian and health organizations to pay special attention to the health of thousands of the Taliban prisoners.

In another development US Special Representative for Afghanistan Reconciliation, Zalmay Khalilzad has welcomed the Taliban statement that they have “defeated” Daesh in eastern Kunar province. Taliban claimed on Friday their fighters have defeated Daesh during a large-scale operation to eradicate the remnants of the group in the entire province of Kunar – like Nangarhar.

“I welcome the Taliban’s statement denouncing Daesh & committing to stop any attempts by Daesh to “recruit, fundraise, or train” inside #Afghanistan. These mirror Taliban’s public commitments (in our agreement) against Al Qaeda & all other groups that threaten the US or its allies,” Khalilzad tweeted on Tuesday.

The US envoy, who has secured a landmark deal with the Taliban for President Donald Trump, said he expects the Taliban to deliver on their commitment.

“The fulfilment of our commitments within the agreement will depend on the Taliban delivering on their commitments. The Taliban statement on Deash and their recent operations against terrorists in Kunar are positive steps,” he said.

Hundreds of Daesh militants have surrendered to the Afghan forces in recent months in Nangarhar, the group’s birthplace in Afghanistan, and their remnants later fled to nearby mountainous Kunar province, bordering Pakistan’s Bajaur tribal district.

Daesh, blamed for several deadly terrorist attacks in Kabul and in eastern parts of the country, had been under pressure by the US drones, Afghan forces and the Taliban. The group claimed responsibility for a gun assault on a rally in Kabul on March 8 that killed nearly 30 people and wounded over 60.

Taliban claim came two weeks after they signed a landmark agreement with the United Stated in which they have committed not to allow any international militant group operates against the US, its allies and any other country.

The agreement says the Taliban will not allow any of its members, other individuals or groups, including al-Qaeda, to use the soil of Afghanistan to threaten the security of the United States and its allies.

But it is not clear if the Taliban’s latest operation is in accordance with the agreement with the US or it is continuation of the Taliban operation against Daesh as both had been involved in fighting in Nangarhar and some other parts of the country.

Taliban spokesman Zabihullah Mujahid says a total of 181 Taliban militants have lost lives and another 195 wounded during the one-year operations against Daeshi militias in Kunar province.

He said on Friday that a total of 481 Daeshis including key commanders Siraj, Abdul Karim, Stoman, Nawaz Khan and Ma’az were killed, 378 were wounded, 34 detained during clashes while another 428 surrendered to the Taliban during the period.