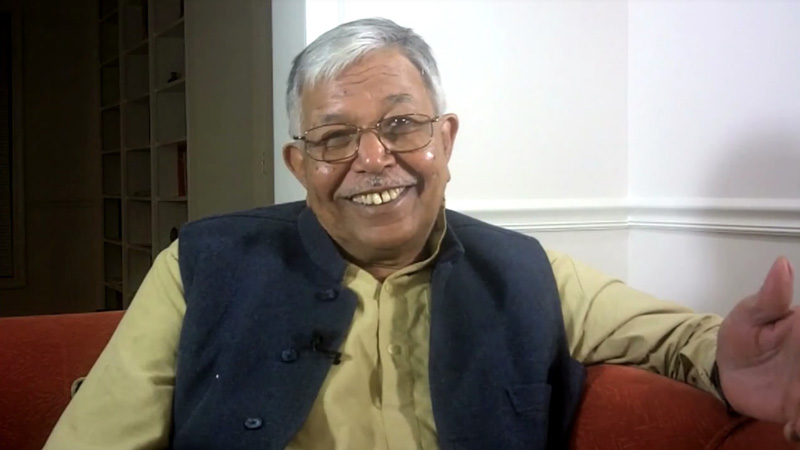 Dr Manzur Ejaz has spent several years researching and analysing ‘Heer Ranjha’ of Waris Shah. It is no wonder than he came up with five volumes of ‘Waris Nama‘ in which he interpreted ‘Heer’ in Punjabi for researchers and laymen alike. These five volumes testify to his learning and erudition as an outstanding researcher, critic of Punjabi language and literature. He also penned poetry in his younger days but now he is more into research and literary criticism and Punjab, Punjabi language and the history of the land of five rivers are his preferred subjects. He has written a history of Punjab which is bound to demolish many myths as his will be a narrative written with the perspective of common men. Titled ‘Punjab Di Lok Tareekh’ has recently hit the bookshelves and its hope it will open up many new avenues of scholarship. He penned down his memoirs in Punjabi which later were turned into Urdu and English by some of his admirers. He uploads YouTube programs in which he dissects the works of Punjabi sufi poets so as to make their thought and philosophy more popular. With a doctorate in economics, he has been serving the cause of Punjabi language and movement with exemplary dedication and fervor. He has written columns for many Urdu and English newspapers on many a socio-cultural theme and now has compiled them into a hefty tome. 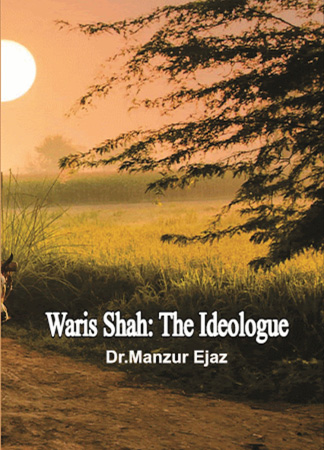 The slim book ‘Waris Shah: The Ideologue’, published by Sulaikh Lahore with the cooperation of Wichaar, is a must read for those who want to learn some quick facts about the magnum opus and how was it different from other writers who wrote ‘Heer’. This book was born when he was digging out facts, reading the versions that other poets such as Damodar Das and Shah Jahan Maqbal wrote. The idea was to offer English reading audience a glimpse into the spectacular world of ‘Heer’ of Waris Shah. There are seven short essays in the book which explore the different features of Waris Shah as an artist extraordinaire as well as an incisive social and cultural chronicler of the Punjab of his times. The first essays set the tone of the book in which Dr Manzue Ejaz adeptly deciphers a unique trait of Waris Shah which other writers of ‘Heer’ didn’t touch. Waris Shah, according to the author, was first writer who puts much emphasis on the economic interests as he commences the story over a land dispute. It is the vested economic interests that trigger many problems in the society, the author further argues. An interesting essay puts light on the views of Waris Shah on women and their social role in the society. Here again, the great poets go a step further as he thinks that emancipation of women is a must for the social uplift of any society. As a shrewd observer, Waris Shah alludes to prevailing condition of Punjab, its geography, social structure and impact of the foreign marauders who kept its always on the toes. Manzur Ejaz argues that Waris Shah has mentioned many places and towns of that era and also about the revenue system of the Punjab of his era. He severely takes to task the clerics who use religion to exploit the helpless masses. “It is also worth mentioning that Waris Shah knew about the foreign countries and was well aware of the Europeans arrival in India. He also mentions medicine o Europeans for treating Heer from snake bite. In praising Heer he mentions China, Kashmir, Rome, Balkh, Kabul”. By comparing Waris Shah,s ‘Heer’ with other poets, Damodar Das and Shah Jahan Maqbil, Manzur Ejaz draws a comparative analysis. Waris Shah, he ably proves, conjured up the story on the basis of economic highhandedness of the brothers of Ranjha. With the connivance of village headman and cleric, Ranjha,s right was usurped. Other writers didn’t assign primacy to this factor. Damodar Das portrays ‘mullah’ as a kind and caring soul but Waris Shah unmasks the exploitative and divisive role of the clerics in the society. This clearly shows that Waris Shah wasn’t only a versatile artist with unusual command on language but his social awareness puts him on a much higher pedestal than other writers of ‘Heer’.

One wishes Dr Manzur Ejaz write more on Waris Shah in English as well in Urdu so that his profound knowledge reaches more readership.