PML-N suspends membership of MPAs who called on CM 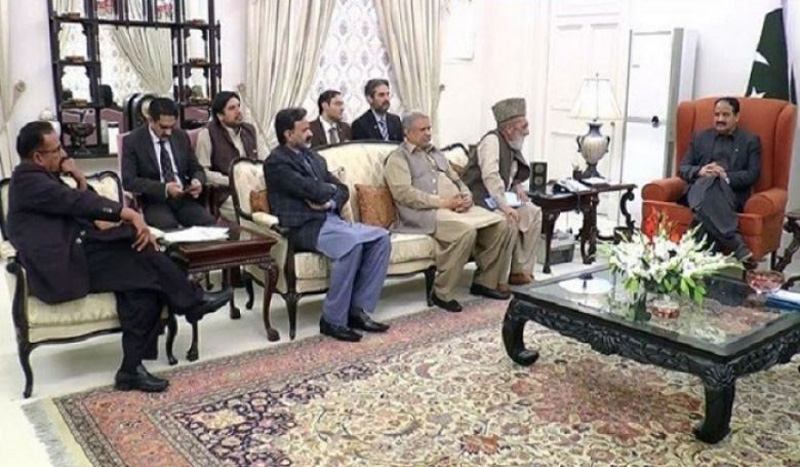 The PML-N has taken action against all the MPAs who called on Chief Minister Punjab Sardar Usman Buzdar as the party suspended their membership while seeking a reply within seven days.

According to the show cause notices that were also available with Daily Times, these have been sent to respective MPAs on violation of party discipline and party rules as you got elected on PML-N ticket and election symbol of tiger. The notice further said that it was appeared in the print and electronic media that you held meeting with Chief Minister and expressed confidence in the leadership of CM and PM. The MPAs also held a meeting with the Prime Minister who is also Chairman of Pakistan Tehreek-e-Insaf, it added. According to notice, the meeting wasn’t denied by you and therefore your party membership is suspended and you are directed to show cause why the violation of party rules was committed. The party has sought a reply from these MPAs within seven days.

It is pertinent to mention here that the MPAs have also dared the party to take action against them after having meeting with the Chief Minister. They were of the view that no rule was violated in meeting with the CM as they met him to discuss the issues of their constituencies and development funds for their areas. It is not for the first time that the MPAs of PML-N have met the leadership of ruling PTI as a group of over a dozen MPAs from PML-N also met with Prime Minister Imran Khan at Banigala but party didn’t take any action against them and most of them are the same that met with CM this time. MPAs Nishat Daha, Faisal Niazi and Azhar Abbas also had a detailed meeting with Governor Punjab Chaudhry Sarwar on Thursday.

It is also likely that a forward bloc is in the making within the PML-N as most of the MPAs aren’t happy with the party leadership that is silent for the past sometimes till Maryam Nawaz spoke yesterday in Islamabad after a long time. The forward bloc in PML-N will be very helpful for PTI who is standing with a very thin majority in Punjab Assembly. In the house of 371, the simple majority is attained at 186 whereas the PTI stands at 181. With the help of 10 PML-Q MPAs, its government is intact and if PML-Q quits the coalition then the PTI government will collapse in Punjab. The PTI is trying to create a forward bloc in PML-N that has 166 MPAs to strengthen its government and to lessen the dependency on PML-Q.