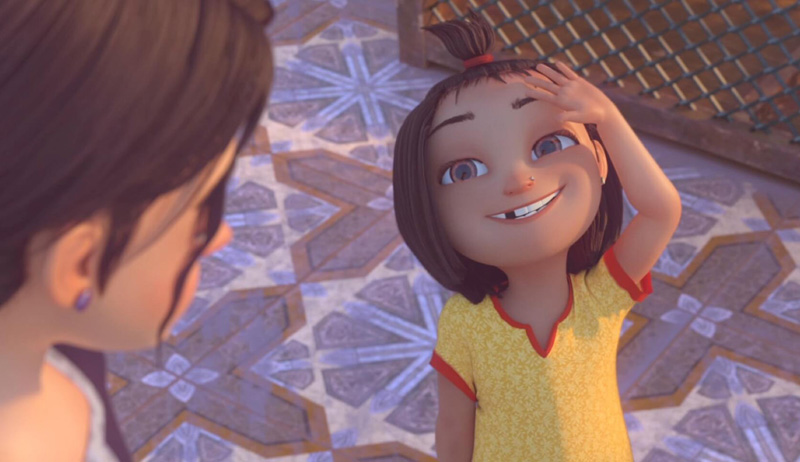 I recently had the privilege to watch Sharmeen Obaid-Chinoy’s ‘Sitara – Let Girls Dream’ at its premiere. Before the screening of the 15 min animation, Sharmeen wanted the audience to watch two 5 minute shorts which were poignant in understanding the magnitude and the mission of Sitara. The first was about SOC films’ mobile cinema; a truck with a projector screen which goes from village to village in Pakistan and shows meaningful stories that not only entertain, but educate people in rural areas who would not otherwise have access to a film experience. The other short was about Waadi Animations; a Pakistan based animation company that worked tirelessly to create a masterpiece, with all the hindrances of a developing country (power-outages, limited equipment etc) and meet international (Netflix) standards. Once the audience had an understanding that the message of the film quite literally has wheels to be spread all over Pakistan and of the hard work that went into making this film, we were ready to be enthralled by Sitara.

The opening frame of ‘Sitara’ brings an instant smile to one’s face, especially if one is Pakistani and that is because of the representation; it isn’t often we get to see our country so meticulously and accurately represented in the world of animation. The art director Syed Salman Nasir has given immense attention to detail and the inner city Lahore looks aptly portrayed (albeit glorified for artistic purposes). We are introduced to the two main characters, sisters. One is tiny and unbearably cute, her toothless grin suggests she must be around four or five. Her elder sister is a pre-teen and from the first scene it is apparent that both sisters dream of becoming pilots.

The household is shown as a typical Pakistani middle class home and one can’t help but feel a sense of fondness and pride to watch an average Pakistani family’s lifestyle shown as it typically would be; children playing on the roof, family gathered on a mat on the floor for a meal, it is us.

The genius of the film is that there is no dialogue, the narration is set to music and expressions: a universal language. Along with accessibility, the team behind the film has cut down yet another barrier and its message has a greater chance of making an impact. The score was made in Abbey Road Studios and composer Laura Karpman deserves a round of applause for her audio storytelling, reminiscent of watching silent Disney Cartoons; an almost forgotten art. 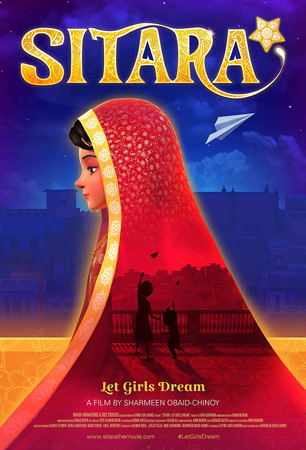 The film’s theme is child marriages and broken dreams, the end (without giving too much away) is heart-breaking with an ambiguous ray of hope. The film serves its purpose: it evokes pathos, frustration and deep thought. The cinema was filled with sounds of sniffles and I’m certain mine weren’t the only eyes filled with tears. One hears about chid marriages, sees pictures but the beauty of art is that storytelling, especially visual storytelling extends one’s understanding of a tragedy. This is what this film did, a simple idea, a story that has many truths to it, narrated beautifully.

The buzz around the film is that this is Pakistan’s first Netflix original film, yet another barrier crossed by its writer/director who is no stranger to carving a path for Pakistani cinema. However, ‘Sitara’ offers even more to celebrate: it might just make a real difference.

This film is not only a must watch but a must show. It ought to be shown to friends, to house staff, to employees, to anyone who might marry their daughters or sisters off at an unfairly young age. It must be shown so that they may hear the devastating sounds of broken dreams, so that their hearts may soften, their minds may be liberated and they might just let their girls dream.