A frustated nation and its miseries

In the praise of idle man, Bertrand Russel rightly perceived how our society encourages modes of earning and discourages modes of consumption. Just have a birds’ eye view of our society, everybody is in struggle irrespective of class, gender or race; in the struggle of establishing his say, defining his sphere of influence and subjugating others whether systematically in the name of hierarchy or in relationships in the name of physical and emotional strength. Have we ever considered the chief objective or motive of doing so? 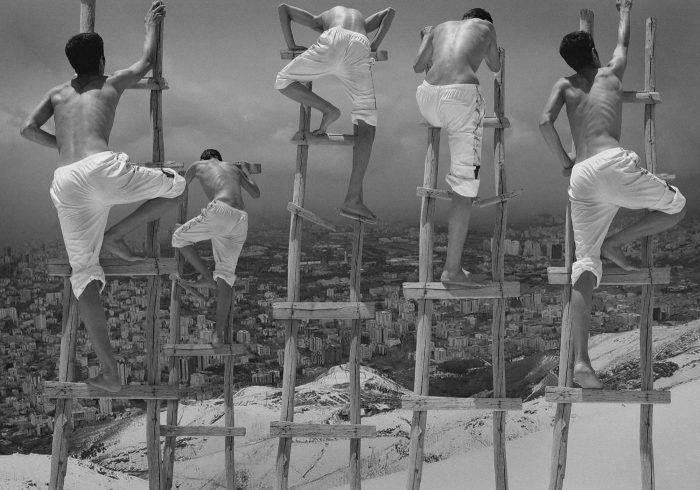 Collectively, as a society what are our goals except rearing children and acquiring one’s own estate. Of course, one major goal we collectively aspire is to establish an Islamic state and its principles in letter and spirits. However, more often, practices that an individual should do are shifted towards a state like ensuring the cleanliness of streets, respecting the privacy of neighbors and consequent rights, following the norms of public places and many others. On the other hand, what state is supposed to do is being claimed as in individuals’ own jurisdiction, for instance, doubting someone’s believes and his loyalty to the state, right to hold arms and establishing peace and many others.

Factually, our nation is a mob where everyone seeks his own interests, no one is paying heed to the needs of society, as an instance one may consider what our middle class is doing, every one of them wanted to be a doctor or an engineer without considering the existing saturation in market of these professions, here no one is denying one’s fundamental right of opting a profession however commercialization of these professions is infringing the access of these professions to those people who are genuinely eligible for them.

Meanwhile, have we ever thought about why it is happening? As a matter of fact, access to basic needs of life is highly subjected to the selection of professions, individuals are, no doubt, highly economically vulnerable in the state of Pakistan. State does not guarantee education, health and unemployment compensation to her citizens, though constitution of Pakistan recognizes right of free education, yet where it’s applicable and even if it would be applicable, who would hire students coming from Government schools or colleges as they lack confidence and communication skills, the pre-requisite of contemporary era, in this regard, one may consider the applicability of glass ceiling phenomenon and area of its jurisdiction.

As a consequence of these economic vulnerabilities, we exploit the weak for releasing our frustration, its forms can vary; it may include forceful sex, harassment, verbal abuse or overburdening those who are inferior to you. As it does not cause any kind of economic loss to the strong rather ensures a kind of free entertainment for him. As Russel perceived, our society does not encourage spending in mediums of entertainment and projects it as a mere wastage of resources and myopic attitude and in extreme cases, it may be perceived as an anti-Islamic and sheer violation of morales.

It would also be pertinent to mention that our mediums of entertainment are also restricted and censored. Approximately 161 cinemas are available for a country of 220 million population. The majority of them are situated in Lahore and Karachi. Sindh and Baluchistan vehemently lack them. The number of films released every year remains below ten and are mostly released on festive occasions like Eid. More often, movies displayed are of Hollywood as Indian films are banned. The audience fails to correlate them with the ground realities of our state. On the other hand, what our TV projects all the time; a woman, victim of all kinds of atrocities, waiting for a messiah and then in the last, upon the rectification of mistakes committed in the past, she accepts or compromises her predator intimate. In addition to this, they also show a handsome, rich man marrying a poor girl and thus its consequences upon their lives. Why can’t they show problems faced by a normal middle class at the workplace, at home and even in their institution of marriage? In fact, our dramas instead of suggesting solutions and providing entertainment merely torture the audience.

Furthermore, a new variant of entertainment is using social media for character assassination of individuals, uploading videos of their private lives and then judging on your own standards of morality and consequent interpretations. What as a nation we love to do; leg-pulling of others, we cannot compete someone rather wanted the excelling one also to come to our terms. As an instance, one may consider videos being uploaded and trended on social media, most of them comprise nothing except criticism on someone’s ideology, research or above all his character. Our collective aspiration is nothing except labeling someone traitor, non-believer and transgressor.

The aforementioned sources of entertainment bring nothing except chaos, violence and xenophobia in society. It is high time to mend our ways, reshape our ideals other than jingoistic personalities and re-define the collective goals of our nation. Factually, we do not need overwhelming patriotism and consequent slogans, as Plato says in Republic “justice would be automatically served if everyone does his job in the best way he can without meddling into each other’s affairs”. We are not in state of war rather in the phase of nation-building that needs skilled labor, researchers, institutions and thinkers not warriors and even if needed, there is an established particular force for the said purpose, one may join it if he wishes, otherwise, no one has right to do moral policing of others.