* Ashraf Ghani yet to name team for negotiations 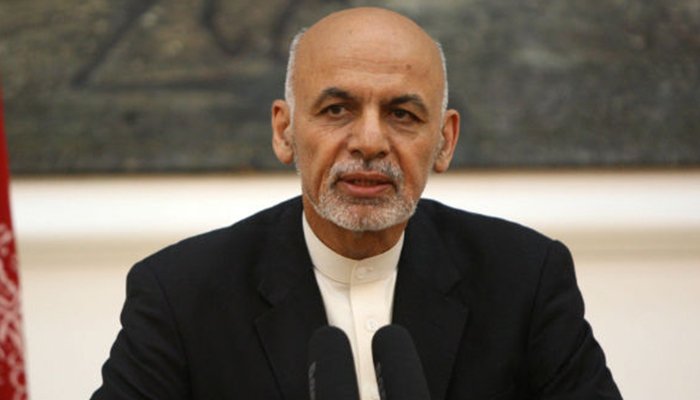 The proposed talks involving Afghan parties to the conflict, scheduled to open on March 10, may not be held as President Asharf Ghani has neither released the Taliban prisoners nor announced a team for the talks.

The Taliban-US agreement says a total of 5000 Taliban detainees would be released by March 10 and Taliban will also free 1000 prisoners of the other side. But the US has also failed to convince the Afghan leadership to release the prisoners despite their commitment with the Taliban in the agreement.

Taliban had refused to take part in the talks unless their prisoners are freed and Taliban have not changed their stance. Negotiations among Afghans are more important even that the US-Taliban deal as they will decide the future political system in the war-ravaged country.

The intra-Afghan dialogue faced a serious blow when Ghani just hours after the US-Taliban agreement rejected release of the prisoners and said the US has no authority to decide about the Taliban prisoners.

Later Ghani opposed release of the prisoners before the intra-Afghan dialogue and insisted that it should be part of the intra-Afghan negotiations, which are central to the U.S.-Taliban agreement reached in Qatar on Feb.29.

However, Ghani said at his swearing-in ceremony on Monday to issue a decree about the Taliban prisoners on Tuesday. But he did not say when the release will start and how many would be released. Even if the release starts on Tuesday or the next day, the March 10 deadline for the prisoners release could be missed.

Ghani and his aides have been claiming formation of a negotiations team for weeks but have yet to make its names public. The government expects a reaction from those who will be left out of the negotiations team. Taliban may also raise objections at the team as they have done in the past.

The intra-Afghan conference could not be held in China in December as Taliban had rejected Kabul’s delegates as the government had included ministers and senior officials. Ghani had even excluded Hamid Karzai from the list, who was one of the main characters of the intra-Afghan dialogue started with a meeting in Moscow in February last year.

It seems Ghani wants a complete control over the negotiation team that is not helpful for the peace process. Taliban would also prefer to sit with a team of consensus and not favourits of the president.

Afghan officials say a 15-member team is ready but are reluctant to divulge names of the delegates.

Afghan media has reported American officials had been asking the Ghani government to share the list with the Taliban but this has not happened yet.

Germany and Norway have offered to host the talks. Taliban have also suggested Qatar as the venue for the Afghan negotiations. However, a final decision has not yet been taken.

Intra-Afghan could be tough more than the US-Taliban negotiations as Taliban’s participation in the future set-up and fate of nearly 50,000 Taliban fighters would also be on agenda. Taliban say they want implementation of an Islamic system and have raised reservations over the constitution and whatever has been achieved during the 19-year of foreign invasion. Taliban may have a strong case for negotiations with own Afghans but the question is if the Ghani government is ready to present its case.

Taliban say they do not recognize the Ghani government as legitimate and their spokesman Zabihullah Mujahid said on Monday that inauguration of Ghani and Abdullah is “detrimental” for the peace process.

Mujahid said Ghani and Abdullah should have announced negotiation teams for the intra-Afghan dialogue rather than taking oath.

The Taliban spokesman, however, said Taliban are committed to implement agreement with the US, urging the US to play its role in the release of the prisoners.