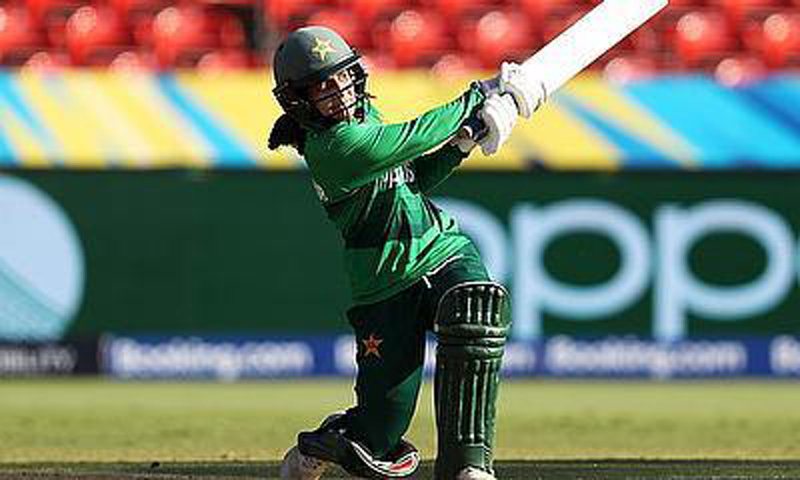 Javeria, the 31-year-old top-order batter, led the team after Bismah Maroof was ruled out of the tournament following an injury in the match against England.

Javeria made her first T20I appearance in May 2009 and is the second highest run-getter for Pakistan with 1,826 runs at an average of 22. Her 204 fours are the most for any Pakistan batter and she has made eight half-centuries, to date.

She was the skipper of the national side in the 2018 edition of the ICC Women’s T20 World Cup. Overall, she has captained Pakistan in 11 matches, said the information made here
by the Pakistan Cricket Board.

The record of the most number of T20Is from Pakistan sits with Bismah Maroof, who has donned the national colours in 108 matches. Sana Mir and Nida Dar, with 106 and 101, have the second and third most matches in the format.

Speaking to PCB digital, Javeria Khan said: “It is truly an honour for me that I led Pakistan
in my 100th T20I. It has been a remarkable journey and I feel very blessed that I have
been wearing the national colours for the past 11 years.

“It is disappointing that we couldn’t make the most of the chances and areas of advantage in today’s match and I would have been happy had we won this crucial match. The girls fought tooth and nail, but credit to the South Africa for winning the match and becoming the first team from our group to enter the semi-finals.

“It has been an exciting journey and I have learnt a great deal not only about cricket but other aspects of life as well. It gives me great pleasure to see where Pakistan cricket has gotten today. The fans take a keen interest and follow our matches everywhere in the world.

“This has also led to more participation from young girls into sports and it is heartening for me to see talented youngsters from schools and colleges coming up.”

Pakistan now play Thailand in their last Group B match on Tuesday at the same venue, the match will start at 9:00 am PST.