Five killed in a boiler blast at Chunian factory

According to rescue sources, five people were killed on Saturday and several more injured after a boiler blast at a factory in the Chunian locality of Punjab. 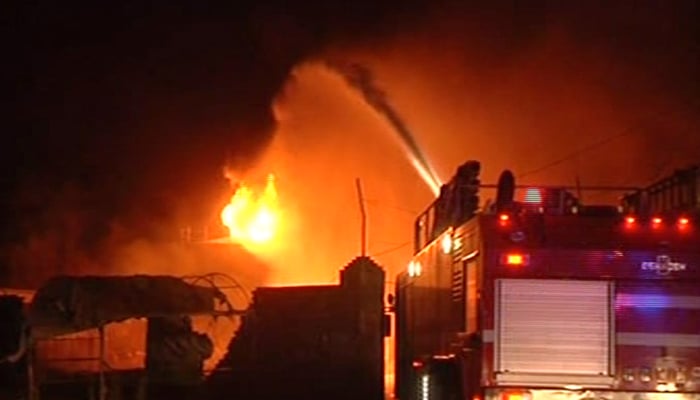 Efforts were underway to douse the fire and clear out the debris resulting from the incident, it is not immediately clear what caused the blast, and an investigation into the incident is also underway.

Fire tenders and ambulances rushed to the area to extinguish the fire and shifted the dead and injured to hospitals.

Earlier, a boiler explosion in a factory claimed the life of a laborer. According to Chunian police, the factory owner and other workers escaped by the time the police arrived at the scene.