‘I could fall to my death:’ tightrope walker Wallenda readies to cross active volcano 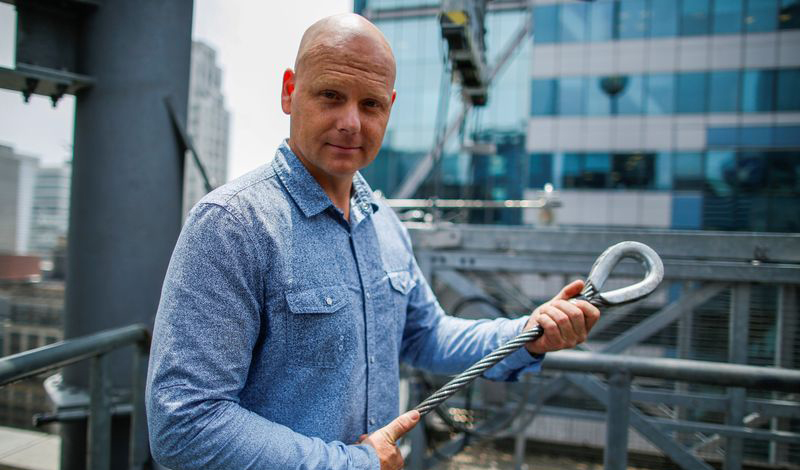 Tightrope walker Nik Wallenda fears the worst-possible outcome as he prepares for his latest high wire act – trekking across a live volcano in Nicaragua on Wednesday. “I could fall to my death.”

But the 41-year old member of the seven-generation family of daredevils, The Flying Wallendas, is taking it in stride.

“It is just the reality of what I do,” he told Reuters on Thursday, ahead of his live, televised walk 1800 feet (548 meters) across the Masaya volcano with churning lava below.

According to Dick Clark Productions, it will be the highest and longest walk he has ever attempted.

“I will tell you that my first step I take will be a step of faith,” he said. “It’s not as though I’m fearless. It is more about me overcoming that fear.”

Wallenda, who has made successful walks across Niagara Falls and above Times Square, said he has been training with an oxygen depravation mask to mirror the conditions above the volcano.

He will be wearing goggles, a mask and possibly even oxygen tanks for the walk. His shoes have been designed with thicker soles to help cut possible heat coming from the volcano, and the cable will feel like a bar, the high wire artist said.

“Everything that has been thrown at me here adds to my stress levels.”

Wallenda said the idea came to him after flying over an active volcano on the way to Mexico City. Masaya is one of six major active volcanoes in Nicaragua, and has erupted at least 18 times since 1520, including major eruptions in 1772 and 1820.

The volcano is located about 14 miles (23 kilometres) from the Central American country’s capital, Managua, and is 2,093 feet (638 meters) in elevation. “Volcano Live! With Nik Wallenda” will air on American network ABC on March 4.