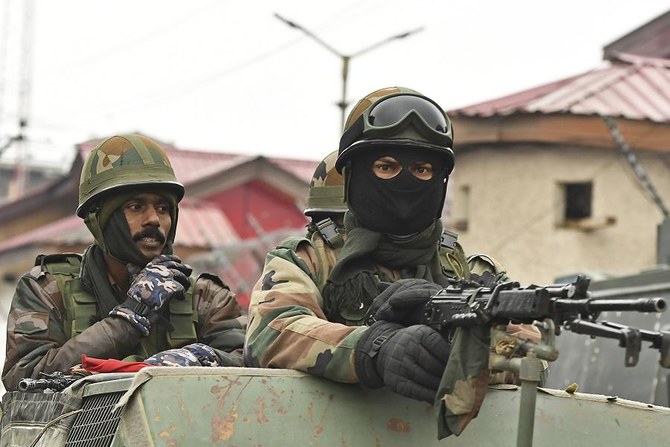 NEW DELHI: Indian police arrests 514 people for deadly Hindu-Muslim violence that broke out in the capital, the government said, as it faced mounting international criticism for failing to protect minority Muslims.

Police said the toll from days of blood-letting stood at 35, but local media, citing unnamed sources, said it was likely to be more than 40 as the full extent of the violence that began on Sunday in a densely-packed locality in northeastern Delhi becomes clear.

Police are still searching drains and homes that were burnt down for bodies, officers said.

More forces had been deployed at mosques in the area for the weekly Friday prayers, the government said. There had been no new violence since Wednesday morning, it said in a statement late on Thursday.

The violence began over a citizenship law that Prime Minister Narendra Modi’s Hindu nationalist government introduced in December providing a path to Indian citizenship for six religious groups from neighboring countries, but not Muslims.

Critics say the law is discriminatory and comes on top of other measures such as withdrawal of autonomy for Muslim-majority Jammu and Kashmir that has deepened disquiet about the future of India’s 200 million Muslims.

Critics of the government however blamed this week’s violence on members of Modi’s Bharatiya Janata Party (BJP), which was trounced in local Delhi elections at the beginning of the month. The BJP has denied the allegations.

Ultimately, the violence morphed into street battles between Hindu and Muslim groups with the police largely ineffective in controlling the situation.

The Organization of Islamic Countries (OIC) has condemned the violence against Muslims in India and vandalism of mosques and Muslim-owned properties.

The OIC said authorities need to bring the instigators and perpetrators of anti-Muslim violence to justice and ensure the safety and security of all its Muslim citizens and the Islamic holy places across the country.

US Democratic presidential hopeful Bernie Sanders accused President Donald Trump of failing on the issue of human rights after he refused to be drawn into criticizing New Delhi for its handling of riots in the capital. Trump was on a state visit to India when the violence broke out.