Sindh Chief Minister Syed Murad Ali Shah and Federal Education Minister Shafqat Mahmood in a meeting at CM House agreed on the introduction of a similar syllabus designed by the federal government for the whole country. 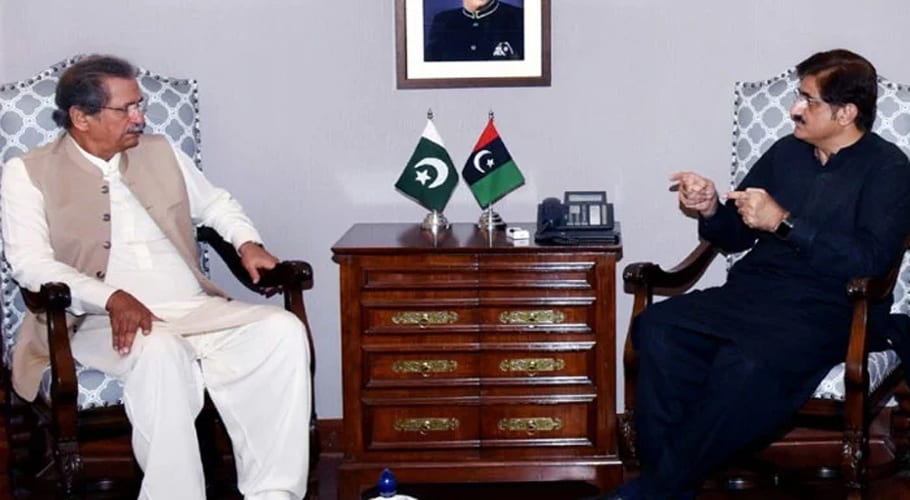 During the meeting, Murad Ali Shah said that the designing of the school syllabus was provincial subject after the passage of the 18th amendment but the federal education minister has taken a plan with the aim to introduce similar syllabus all over Pakistan.

He assured him that his government would support the initiative. The syllabus geared up by the Ministry of Education would be taught in all educational institutes across Pakistan.

The syllabus prepared by the Ministry of Education would be taught in all government, private and English medium school all over Pakistan.

Shafqat Mahmood told the chief minister that he had taken Wafaqul Madares and other concerned Ulemas into confidence for registration of madares. He said that the divisional committees under concerned commissioners would be constituted to monitor implementation of federal government’s educational plan. He said that the ulemas were cooperating with the government.

The Sindh Chief Minister said that our madares people were supporting the government in promotion of peace and introduction of formal education along with religious courses.