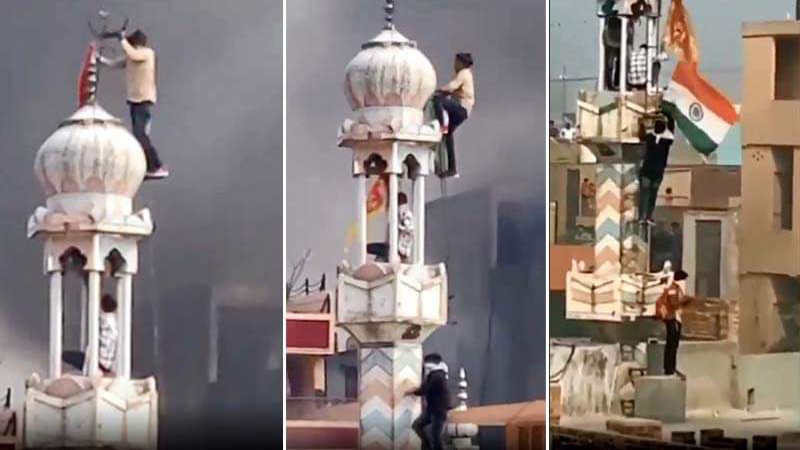 The death toll in ongoing communal riots in India’s capital New Delhi has risen to 34, a Health Ministry official said on Thursday.

The number of fatalities was 27 on Wednesday but seven more deaths were reported overnight, said the official, requesting anonymity due to restrictions on speaking to the media. He added that more than 170 people have been injured in the violence. However, local media broadcaster NDTV reported that death toll has climbed to 35, leaving more than 200 people injured.

Clashes between pro- and anti-citizenship law protesters started on Sunday and have devolved into communal violence between Hindus and Muslims. The northeastern part of New Delhi has been affected the most as rioters ransacked and set ablaze mosques, houses, schools, and businesses.

A delegation of the opposition Congress Party met India’s President Ram Nath Kovind on Thursday to demand the removal of Home Minister Amit Shah, a close aide of Prime Minister Narendra Modi. “We handed over our demands to President Kovind in a memorandum. The Centre and the Delhi government were mute spectators to the violence,” Congress leader Sonia Gandhi said after the meeting.

Former prime minister Manmohan Singh was also part of the Congress delegation. “We met the president to tell him that what has happened in Delhi over the past four days is a national shame and a matter of great concern,” he said. “It is a reflection of the total failure of the Central [BJP] government.”

The Organization of Islamic Cooperation (OIC) strongly condemned the ‘alarming violence against Muslims’ in India. In a statement on Thursday, the 57-member body called for the ‘instigators and perpetrators of anti-Muslim violence’ to be brought to justice. “The OIC condemns the recent and alarming violence against Muslims in India, resulting in the death and injury of innocent people and the arson and vandalism of mosques and Muslim-owned properties,” read the statement.

The bloc also called on the Indian authorities ‘to bring the instigators and perpetrators of these acts of anti-Muslim violence to justice and to ensure the safety and security of all its Muslim citizens and the protection of Islamic holy places across the country’.

The violence in India’s capital escalated a day after Kapil Mishra, a local leader of the ruling Bharatiya Janata Party (BJP), warned Muslims to end protests in Delhi’s Maujpur area. He said the protesters would face the wrath of BJP supporters if they failed to heed his warning. “We are giving the Delhi police three days to clear the roads in Jaffrabad and Chand Bagh [areas in Delhi]. After this, we will not listen to you,” Mishra said at a rally on Sunday, with videos of the speech posted on his Twitter account.

The lax response from Delhi’s police force has also been criticized by India’s Supreme Court and the Delhi High Court. High court judge Justice S Muralidhar denounced the police for failing to stop the violence and also the delay in registering a hate speech complaint against BJP leader Mishra. “We cannot have another 1984 … under your watch,” he said in reference to the 1984 anti-Sikh riots, in which over 3,000 members of the minority community were killed.

Hours after his remarks, the Indian government announced Justice Muralidhar’s transfer from the Delhi High Court to the northern state of Punjab.

Meanwhile, chief US diplomat for South Asian affairs Alice Wells, in a mildly worded statement on Thursday, urged those behind the recent communal unrest in India’s capital to ‘refrain from violence’.

In a tweet, she said, “Our hearts go out to the families of the deceased and injured in New Delhi. We echo PM @NarendraModi’s call for calm and normalcy and urge all parties to maintain peace, refrain from violence, and respect the right of peaceful assembly.”

Wells’ remarks come after India on Thursday accused a US government commission of politicising communal violence in New Delhi that killed at least 32 people and injured more than 200.

On Wednesday, the US Commission on International Religious Freedom said it was deeply troubled by the violence and cited accounts that police had not intervened in attacks against Muslims, which police and India’s federal government have denied. “The government is failing in its duty to protect its citizens,” Commissioner Anurima Bhargava said.

India’s External Affairs Ministry said the commission’s comments were ‘factually inaccurate and misleading’ and appeared to be ‘aimed at politicising the issue’.