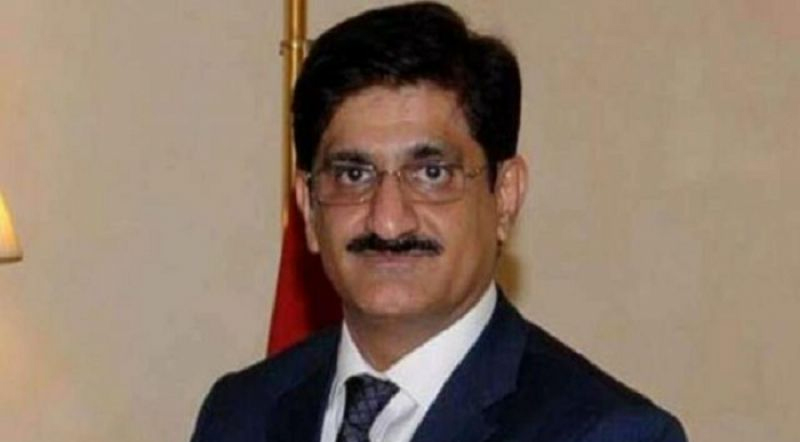 Speaking on the occasion, Murad Shah said that the designing of the school syllabus was provincial subject after the passage of the 18thamendment but the federal education minister has taken an initiative with the objective to introduce similar syllabus all over Pakistan. He assured him that his government would support the plan.

The syllabus prepared by the Ministry of Education would be taught in all government, private and English medium school all over Pakistan.

Shafqat Mahmood told the chief minister that he had taken Wafaqul Madares and other concerned Ulema into confidence for registration of seminaries. He said that the divisional committees under concerned commissioners would be constituted to monitor implementation of federal governm ent’s educational plan. He said that the Ulema were cooperating with the government.

The Sindh Chief Minister said that our madares people were supporting the government in promotion of peace and introduction of formal education along with religious courses.

He said work on slow moving schemes be geared up with personal attention of the concerned departments and the local elected representatives.

In Hyderabad 112 schemes for RS7.5 billion are in progress against which Rs5.1 billion have been released while the expenditures are Rs3.7 billion which is 73 percent of the releases. The major schemes in progress in the district are as follows: Strengthening of Tissue Culture laboratory for production of disease free and high yielding banana plants for Rs146.362 million, completion of remaining works of pesticide testing lab Tando Jam for RS10 million. Reconstruction of mosque Abul Fazal and its units at Mola Ali Qadam Gah for Rs185 million. Conservation/renovation of retaining wall and dangerous structure of Pacca Fort for Rs412.8 million. Rehabilitation of 140 high priority schools for Rs361.4 million. Establishment of Girls Degree College Tando Jam for Rs90 million and various others schemes of water treatment plants, roads, schools and others.

Jamshoro: The meeting was informed that 97 development schemes were in progress in Jamshoro district for Rs3.9 billion against which Rs1.9 billion have been released and utilization is Rs1 billion which 57 percent of the releases. Out of 97 schemes 50 would be completed by the end of this financial year. They are 33 district specific schemes at a cost of Rs1.79 billion and 17 priority schemes of Rs190.2 million.

The chief minister expressed displeasure on slow pace of work on 17 schemes for which 98 percent funds have been released but the utilization is 40 percent. Some of the important schemes of Jamshoro district are as follows: Expansion of Dargha of Hazrat Lal Shahbaz Qalandar for Rs146.39 million, external development of Sindh Institute for Music & Performing Arts for RS60 million, establishment of Degree College in existing Thano Boola Khan Higher Secondary School for Rs25 million. Development of infrastructure at SITE Kotri for Rs400 million, establishment of combined effluent plant for Rs443.3 million. Installation of solar energy system at Dadu Canal pumping station at the tail for Rs199.82 million and various other schemes of water supply, sanitation, roads and buildings.