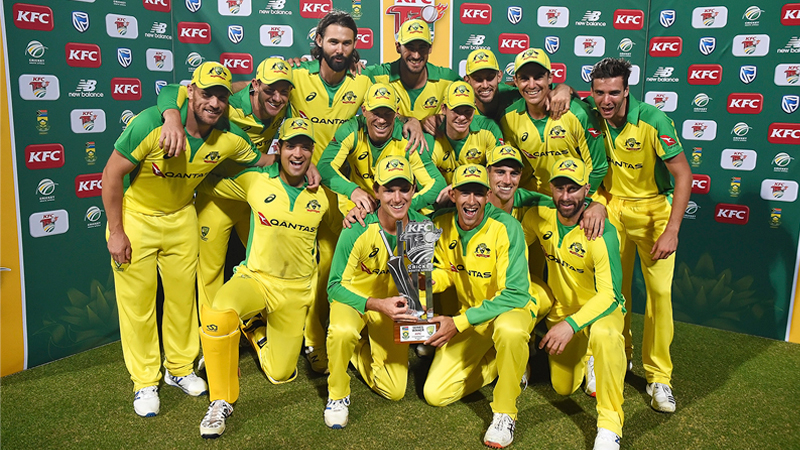 CAPE TOWN: David Warner and Aaron Finch launched a brutal assault on the South African bowlers to set up a comprehensive 97-run Australian victory in the series-deciding third Twenty20 international at Newlands on Wednesday night. In a near-repeat of Australia’s record 107-run win in the first match of the series in Johannesburg, South Africa captain Quinton de Kock’s decision to bowl first backfired spectacularly. Led by opening batsmen Warner (57) and captain Finch (55), Australia piled up 193 for five — three fewer than they made in Johannesburg. They then bowled out South Africa for 96, just seven more than the host country’s record low in Johannesburg. As in Johannesburg, left-arm fast bowler Mitchell Starc bowled De Kock, South Africa’s star batsman, in the first over of the home team’s reply. He followed up by dismissing former captain Faf du Plessis in the third over and was named man-of-the-match after taking three for 23. Finch was named man of the series for his aggressive batting and astute captaincy. “The guys have bought into the roles they have been asked to play,” he said.