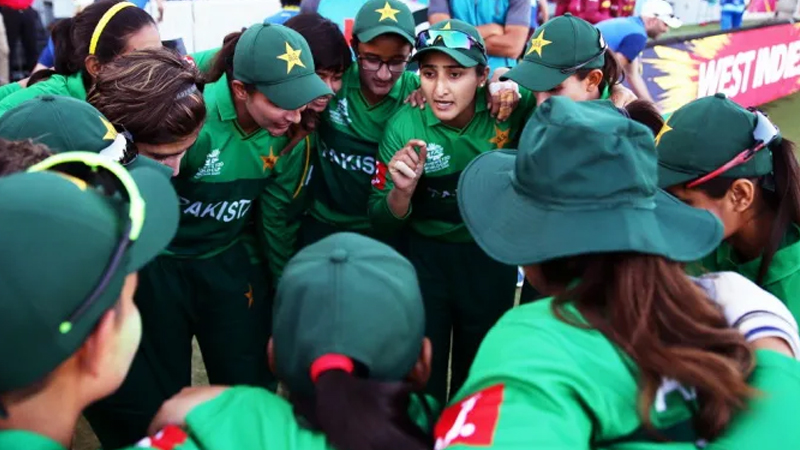 ISLAMABAD: After a stunning all-round performance against reigning champions West Indies, Pakistan women are confident of another strong display in their second ICC Women’s T20 World Cup clash against England on Friday (today). Pakistan drawn in Group B started their campaign in style by defeating West Indies by eight wickets in a refreshingly dominant performance with both bat and ball on Wednesday. Batting first, the bowling efforts of Diana Baig, Nida Dar and Aimen Anwar restricted West Indies to 124 for seven in the allotted 20 overs. Player-of-the-match Javeria Khan (35), Muneeba Ali (25) and captain BismahMaroof (38 not out) then led the charge with the bat as Pakistan sealed a comfortable eight wicket win in the penultimate over of the match played at Canberra’s Manuka Oval. Javeria set the tone of the chase with a stroke-filled 35 off 28 balls, her innings included six fours. The right-handed opener who is one of Pakistan’s most experienced players with a total of 98 T20I outings is confident of repeating the heroics against the formidable England outfit.

Javeria Khan said: “We can’t thank the Almighty enough; we succeeded in giving a total team performance against West Indies. The bowlers set the tone and they were very well supported by fielders and batters’ both, it was a complete team effort. On the England match, T20 is a kind of format where the team that executes its plan better on the day wins. We are focused on our performance rather than worrying about the opposition, we would strive to apply our plans well and if we do that well we can succeed regardless of the opposition.”

England are expected to provide a stiffer challenge to Pakistan especially after their recent success against the women in green. The visitors won the three-match T20I series between the two sides that Pakistan hosted in Kuala Lumpur last December by a 3-0 margin. But the result against the West Indies has given Pakistan side the self-belief and confidence that they can come up trumps against England too. If Pakistan can replicate the performance against West Indies, England would find it hard to beat the women in green. The match begins at 1:00pm PST and will also be played at the Manuka Oval, Canberra.