A rude shock of reality

“An automated message greets me: ‘Your call cannot be completed at this time. Please try again later…’ The message keeps repeating. I keep at it. I don’t want to give up; therefore, I keep trying. But, no luck. Maybe since we are driving through a bad network area, there’s no signal. After all, we’re still on the outskirts. Maybe I will get a signal once we are out of this wilderness. Every time I dial a number, a different message plays: ‘All phone lines are down… All lines in this route are busy, please try again later…’ 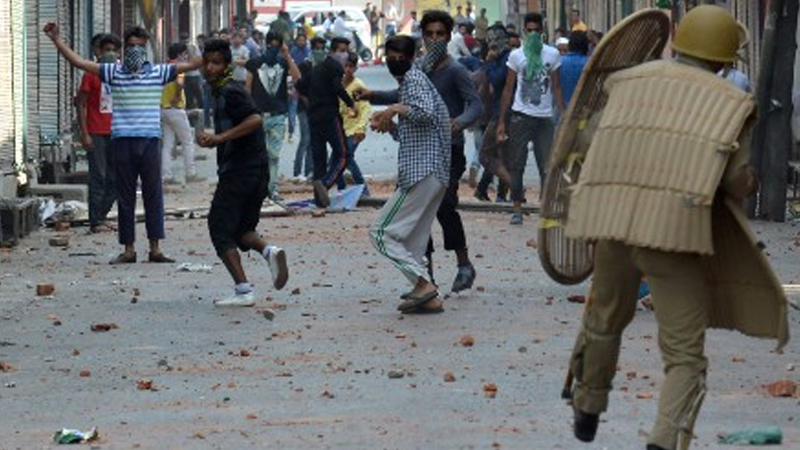 Sick of listening to the automated messages, I hang up. Seeing me give up hope, the driver casts another pitiful look at me. Doesn’t anybody know what’s going on? Is it because the shrine is burning? ‘It isn’t just the shrine,’ says the taxi driver with a sense of foreboding. ‘This is just a precursor to a larger calamity. Doom is yet to come. God save us!’ What do you mean? ‘It looks like the government is going to strip Kashmir off of its special status. We will be finished. It will be the end of us. More shrines will burn. Everything will burn and no one will come forward to douse the fires. …We will be cut off from the outside world. Nobody will be allowed in or out.’

How can that be? He pauses for a moment, takes a deep breath and exhales, and then casts a furtive glance at me through the rearview mirror. ‘Yours was the last flight to land. The highway and the airport will be closed from tomorrow onwards. We will never know what is going on. Nor will anyone come to know about us. Whether we live or die. This wasn’t supposed to happen… But you don’t worry. I shall make sure you reach home safe…’ Thank you for… ‘You should know everything-the truth,’ he interjects. ‘After all, you are expected to plead our case when you go back to London and America. Who else do we bank on?'”

The award-winning author, Siddhartha Gigoo, originating from Jammu and Kashmir, writes of present-day Kashmir in his third novel, The Lion of Kashmir, published by Rupa Publications, Delhi. Asked about the dissenting and brave discourse he builds in the novel, he simply suggests that being a novelist he considers it his job to hold up a mirror to the society he lives in, although, he adds, “Some questions can never be fully answered.” The story starts and ends with Zooni, a Kashmiri girl, who lives in the UK and is a human rights’ activist. She, the protagonist, has arrived in Kashmir, which has always been a pathway lined with eggshells, but this time, it is worse.

The unpredictable nature of the girl, as well as her narration, runs through the course of the novel, and one cannot help but constantly be reminded of the continuous status of unpredictability in Kashmir. And thus, the realistic discourse is continuously infused with the fictional narration, which, in turn, is choc-a-bloc with symbolic representation.

Zooni visits the current day Kashmir to find her missing father, and within the duration of one night experiences her own share of fear and uncertainty. The novelist, writing from the point of view of a young girl, has successfully imprinted her fear and stoicism on paper. “Fearing that I will be forcibly taken somewhere from where there will be no coming back, I almost blurt out the truth. This could be the end.” It is one example of her having newly returned to Kashmir, and as she is pulled aside by a couple of policemen, she knows nothing less than dread could follow the act. “I can’t leave Whitey alone amongst these salivating brutes dying to kill her. I can’t let anything happen to her. She’s given me the right to protect her. She has placed her trust in me. Her loyalty should not go in vain. She’s not alone in this fight. This is our fight now.”

The episode reflects the strength Siddhartha has portrayed of a feisty young girl who hallucinates. With her, the reader goes in trance where the difference between dreams and reality is erased; the reader feels as much discomfort as Zooni herself. The scenes and dialogue have been so masterfully crafted, especially in the dream-like sequences, that the reader wants to wake up, or terribly wish for the scene to end, as one would wish within a conscious layer of a nightmare.

The realistic and unapologetic usage of realism is praiseworthy; it builds a strong narrative for the recent events that have jolted Kashmir, inside and out. Despite the realism, the skill of nuance is clear as Gigoo writes of state agents. When questioned who he is referring to he says, “In Kashmir there are several agencies working. No one knows who is who and who works for whom.”

Asked if the title of his book The Lion of Kashmir is a hint at Sheikh Abdullah he shakes his head. “It is up to the reader to infer from the title,” Gigoo suggests. The pain he writes of is closer to the truth; it is more than what a Pakistani reader expects in a book of fiction. There are many instances, when a one-liner or a single word just breaks the trance of the reader and gives a rude shock of reality. Perhaps that is the purpose of the book, to say it, for once and for all: “We are back to square one.”