The death toll rose to 22 on Wednesday, with more than 180 other people injured, as rampaging rioters in northeast Delhi set fire to buildings, vehicles and factories. 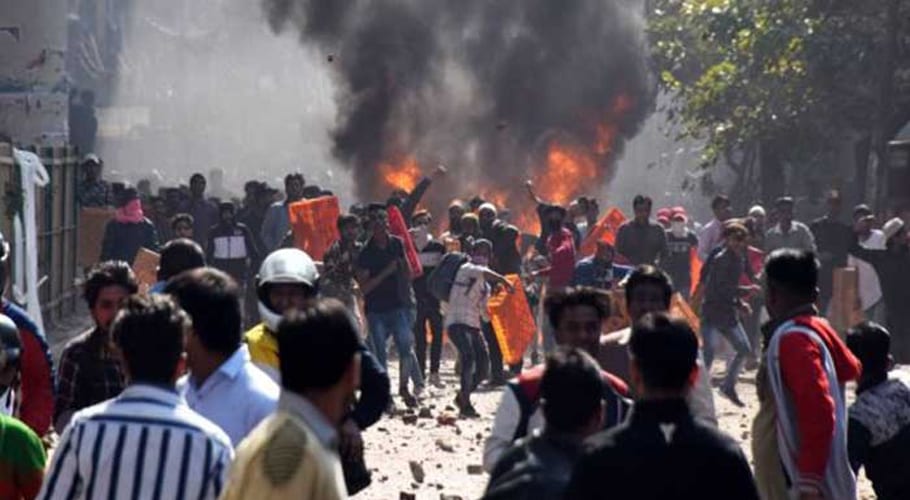 According to the medical director of the Guru Teg Bahadur Hospital Sunil Kumar, 18 people have died on Monday, and several others with bullet injuries brought to the hospital during the protests.

The rioting in northeastern parts of the sprawling megacity of 20 million people left a trail of destruction as mobs set fire to vehicles and buildings, including a tyre market.

Protests have broken out across India since the citizenship law came into force in December, leaving at least 30 people killed in clashes with police in December, mostly in the northern state of Uttar Pradesh.

Police on Tuesday imposed a ban on large gatherings in the area as the violence continued with reports of stone-pelting and more structures set ablaze.

Delhi CM: Situation is alarming. Police, despite all its efforts, is unable to control the situation & instill confidence. Army should be called in & curfew should be imposed in rest of affected areas immediately. I am writing to the Home Minister to this effect. (file pic) pic.twitter.com/x9eifxSX3T

Global rights group Amnesty International tweeted that “political leaders in India who are fueling hatred and creating a violent environment by making hate speeches must be immediately held accountable”.

Eight people have been killed and more than 100 injured in the riots that broke out in the north-eastern part of New Delhi. Political leaders in #India who are fueling hatred and creating a violent environment by making hate speeches must be immediately held accountable.