What’s on the menu? Here’s what the US president will be served at Rashtrapati Bhavan 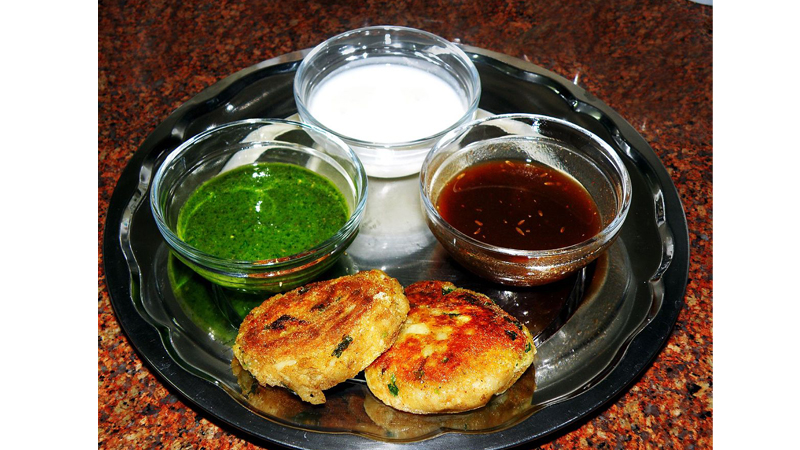 While US President Donald Trump’s love for McDonald’s is conspicuous, in India he is only being served authentic Indian delicacies. What started with high tea at the Sabarmati Ashram in Gujarat, is believed to finish with a flourish at the elaborate dinner party at the Rashtrapati Bhavan tonight. Earlier today, the US President and First Lady Melania Trump met with the President of India Ram Nath Kovind and his wife Savita Kovind at the President’s residence, wherein preparations for an extravagant dinner is underway. The NDTV has reported that as per official sources, the delegation – that comprises the President and First Lady, his daughter Melania Trump, son-in-law Jared Kushner, and other senior dignitaries – will be served with amuse-bouche, which is a pre-appetizer course in French cuisine, followed by appetizers which will include aloo tikki with spinach papdi, salmon fish tikka and lemon coriander soup. Next, they will be presented with the main course, which will include the wildly expensive but superlative in taste morel mushrooms from the Himalayas, lamb biryani, a delectable preparation of the lamb leg called ‘Raan Aalishaan’, and of course, Rashtrapati Bhavan’s special in-house culinary innovation that is known for its rich texture ‘Dal Raisina’, named after the Raisina Hill. The menu is also believed to have included mint raita. The Dal Raisina was also served during Prime Minister Narendra Modi’s swearing-in ceremony on May 30, 2019. Chef Machindra Kasture, who had first prepared the dish in 2010, had told indianexpress.com that the dal has a velvety texture and is peppered with mild spices, along with a secret ingredient – kasuri methi leaves. For tonight’s soirée, special efforts have been made by in-house chefs to curate a menu that tastes Indian, but has an American twist, so as to cater to the tastes of the foreign dignitaries. The dessert menu is believed to include hazelnut apple and vanilla ice cream, and malpua with rabdi.