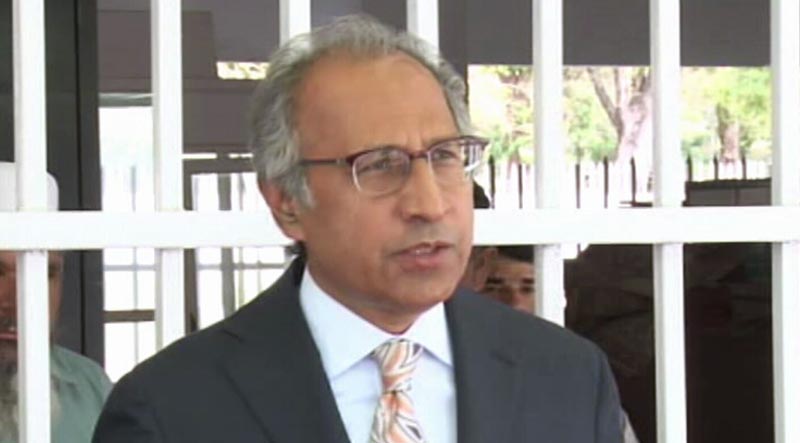 Adviser to the Prime Minister on Finance and Revenue Dr. Abdul Hafeez Shaikh has directed that all the processes related to the Privatization Process may be carried out in a transparent but expeditious manner so that all the targets are achieved within the given time frame.

He issued the directives while chairing the meeting of the Cabinet Committee on Privatization (CCOP) here at the Cabinet Division on Tuesday.

The CCOP was given an update on the Privatization program. The Committee was briefed that in case of the SME Bank Limited and Pak Reinsurance Co. Ltd (up to 20% divestment) the privatization process is moving ahead in a relatively faster manner and they are expecting to complete the process in the required time frame. On the status of the revival of Pakistan Steel Mills CCOP gave directions to the Privatization Commission to complete all the standard requirements in a regular but expeditious manner and keep on updating the Government on any issues that may surface during the smooth running of the process.

On the proposal of the “Privatization of the Guddu Power Plant (747 MW)” Ministry of Privatization briefed that they have received EoIs from Financial Advisers and parties have been shortlisted for issuance of request for proposals. Other issues related to the transaction were also discussed.

The CCOP directed that there is a need for further discussion on the project between NEPRA, Power Division and Ministries of Finance and Privatization. CCOP directed that they should come up with a joint proposal in the next meeting of CCOP for moving ahead in the transaction so that it may complete within the given time frame.

For divesting shares of OGDCL, CCOP directed that the matter requires further deliberation. CCOP directed that all the relevant stake holders including the Ministry of Energy to come up with a presentation on the proposal in the next meeting.