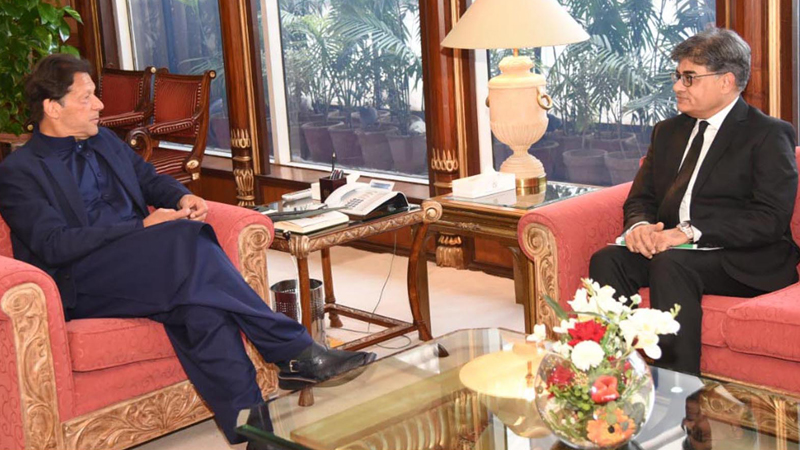 Prime Minister Imran Khan on Tuesday said as the previous year remained challenging in terms of stabilising the economy, and the government after achieving stabilisation was now focusing on socioeconomic growth.

On the economic front, Pakistan had now been acknowledged by the international investment community as an attractive destination for business and long-term investment, he observed.

The prime minister was talking to a delegation of foreign investors which called on him here at the PM Office. The delegation was led by Head of Strategist FIM Partners Matthew Vogei.

Highlighting that Pakistan had climbed up 28 places in the World Bank’s recent Ease of Doing Business Report, the prime minister said Pakistan was a land of unlimited opportunities with significant youth bulge, and offered ideal opportunities in various sectors.

He said the government was also focusing on skill development for employment generation which would in turn help in alleviating poverty.

The prime minister highlighted the scope and benefits of the flagship “Ehsaas” Programme for the marginalised segments of society and said the poor and neglected segments of the society had started reaping the benefits under the programme.

He assured full support and facilitation to the investors in their future business ventures.

The members of the delegation expressed keen interest in long term fiscal investment in Pakistan. They appreciated the investor-friendly policies of the present government that had enhanced the confidence of foreign investors for investing in diverse sectors of Pakistan’s economy.

The investors observed that there was immense potential for return on investment for foreign investors in Pakistan. They lauded the prime minister’s vision of digital Pakistan and said under the dynamic leadership of the prime minister, Pakistan had embarked upon the development path.