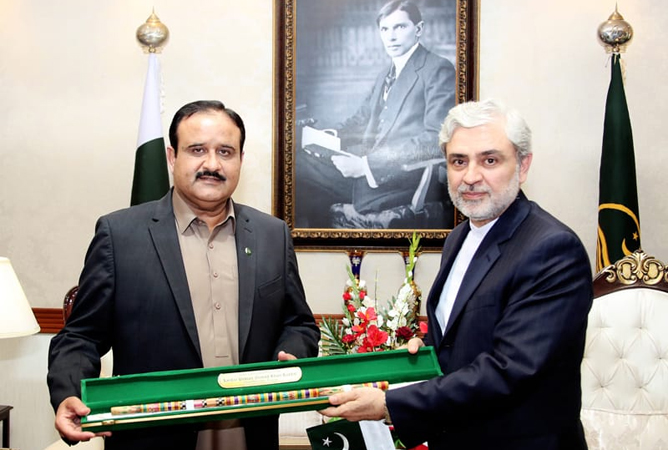 The cabinet meeting decided to amend Sections 2(S), 21 and 38 of Punjab Wildlife (Protection, Preservation, Conservation & Management) Amendment Act, 2007 to increase the amount of fines and sentences for illegal hunting in the province.

It was also decided that fines and sentences will be further enhanced for poaching before hunting season to be started from November 01, 2020. The meeting decided to grant permission for the hunting of 62 surplus blackbucks, 21 Chinkara deer and 27 blue bull (Nilgai) in Cholistan desert. The Punjab Occupational Safety & Health Amendment Health, 2019 was approved while amendment in Punjab Fisheries Rules, 1965 was deferred. The chief minister said that complaints of contaminated water have arisen due to fish farming in dams that also provide potable water. Therefore, this matter should be reviewed in detail by health, irrigation, public health engineering departments and other stakeholders and final recommendations should be presented in the next meeting. The meeting also decided to effectively implement necessary precautionary measures in the wake of the situation arising due to the presence of coronavirus in neighbouring countries. The chief minister directed the line departments to remain vigilant and the meeting was told that additional staff of the health department will be posted at airports. The chief minister said that there should be no shortage of eatables being imported from neighbouring countries especially China and Iran. He directed Industries Minister Mian Aslam Iqbal to hold the meeting and adopt advance measures after a detailed review.

The chief minister maintained that Punjab government adopted unprecedented measures with the consultation to serve the people and the wrong culture of the one-man show has been done away with. The decisions made with consultations yield positive results and the government will go to every extent to provide relief to the people. The timely decisions have helped in overcoming price-hike and the political, as well as administrative teams, should efficiently work to control prices because people cannot be left alone. It is essential to crushing mafia wherever it exists, he added. The meeting also endorsed minutes of 24th cabinet meeting. Provincial ministers, advisors, special assistants, chief secretary and concerned secretaries attended the meeting.

Meanwhile, Ambassador of Iran Seyed Muhammad Ali Hosseini called on Chief Minister Sardar Usman Buzdar at Chief Minister Office. Matters pertaining to mutual interest, promotion of bilateral relations and extending cooperation in different sectors also came under discussion. Usman Buzdar expressed his deep grief and sorrow over the loss of precious human lives due to coronavirus in Iran. Our sympathies are with the Iranian brothers and sisters and hopefully situation will improve in Iran being developed due to spread of coronavirus, he added. Pakistan and Iran hold exemplary and amicable brotherly relations and are tied in relationship of mutual love since years. Relationships between Pakistan and Iran are further improving with the passage of time, he maintained. Scope of excellent relationship exists between Pakistan and Iran in tourism and culture sectors. Punjab government has undertaken exemplary steps for promoting tourism and we are also developing many other areas with regard to tourism, he stated. Promotion of tourism will prove to be effective in enhancing cordial relationships between the two brotherly countries, concluded Usman Buzdar. Iranian Ambassador also invited Chief Minister to visit Iran and further stated that Pakistan and Iran are tied in religious, cultural and historical relations. Both the countries always stood by each other in difficult times. Iran desires to further promote relations in different sectors with the Punjab government. With the promotion of cultural activities, relationships between the two countries will also enhance, Iranian Ambassador concluded. Muhammad Reza Nazeri Consul General of Iran, Chairman P&D, Principal Secretary to CM, CEO PBIT and concerned officials were also present on this occasion.

Chief Minister Usman Buzdar also expressed a deep sense of sorrow over the sad demise of Naimatullah Khan, former Nazim Karachi and JI leader. He expressed heartfelt sympathies and condolence with the bereaved family and prayed that may Allah Almighty rest the departed soul in eternal peace and grant courage and strength to the bereaved family to bear the irreparable loss with fortitude.