Not over my backyard: Tokyo residents fight Olympic flight plans 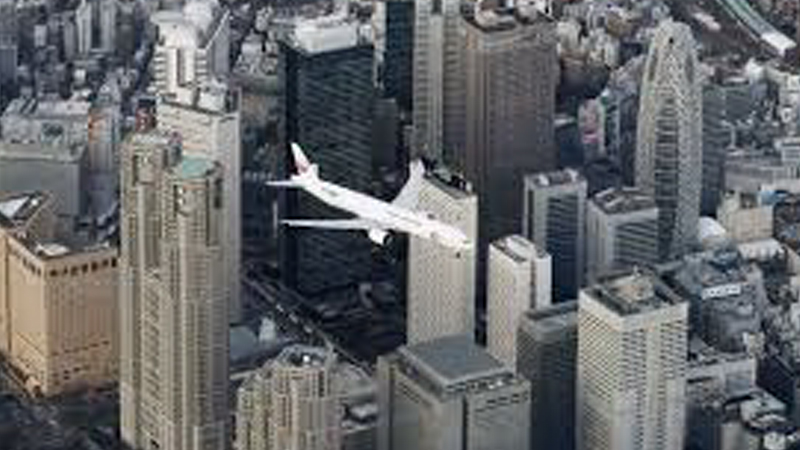 TOKYO: As Tokyo prepares to greet overseas visitors to the Tokyo 2020 Olympic Games in July, some city residents are upset about the more than 100 low flying jetliners a day that will bring them to the city.From March 29, whenever a southerly wind blows over Japan’s capital, 45 passenger planes an hour will descend low over Tokyo on two new airport approach routes for up to three hours. They will fly as low as 300 meters (1,000 feet) above some neighbourhoods near the city’s Haneda airport.”There’s a lot of risk and little merit, few residents are happy,” said KiwamiOmura, who heads the Haneda Problem Solving Project, a group trying to unite opposition groups in Tokyo’s 23 wards. The government “is using the Olympics to push this plan, but the flights will continue when its over.”

The new approach routes are part of a renewed push to expand air access to the world’s biggest metropolitan area. Aviation officials have struggled for decades to increase capacity in the face of fierce opposition to airport construction, including Tokyo’s other airport 80km (50 miles) away at Narita.Giving impetus to a new aviation plan that will increase flights to Tokyo by a third to a million a year is Prime part of Minister Shinzo Abe’s drive to make inbound tourism an economic priority.Tokyo Governor Yuriko Koike’s also wants to make her city more globally competitive as the rest of Japan struggles with population decline.

The new approach routes over central Tokyo will add 39,000 flights a year and, the government says, help boost Japan’s economy by around $6 billion. Japan Airlines Co Ltd, ANA and Delta Air Lines were among the airlines to most benefit from the increase in landing slots.Abe’s government in August said it had “gained the understanding” of Tokyo residents. Yet, lawmakers in the Tokyo’s Shinagawa ward close to Haneda continue to oppose the plan, asking for more stringent noise and safety measures and a commitment to vary the routes.”I believe the decision ignores what residents want,” Jin Matsubara, an independent lawmaker in Japan’s parliament and former government minister said ahead of a meeting with opposition group representatives. “My constituency is close to Haneda and the effect from noise and falling objects could be significant,” he said.

“We are aware that we still need to reassure people,” said SyotaSuyama an official at the Ministry of Land Infrastructure, Transport. During tests flights a lot of residents called to complain, he added.Omura and other activists next month will attempt to gather at least 7,000 signatures from Shinagawa residents, enough to allow them to ask the ward assembly to approve a referendum.”Our aim is to get around 30,000, because that would show assembly members how much opposition there is,” said Omura.Any referendum vote that rejected the new Haneda routes, would not, however, be enough to reverse the decision.”Residents don’t have power to halt it, the right to make that decision belongs with the transport minister,” said Suyama.