55 separate incidents being investigated as part of a years-long probe into war crime allegations
Elite Australian commandos were deployed alongside US and allied forces in Afghanistan following the September 11, 2001 attacks 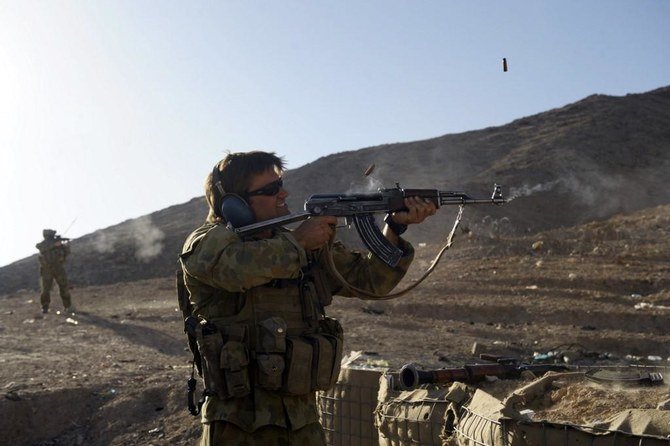 SYDNEY: Australia is investigating more than 50 alleged war crimes by the country’s special forces in Afghanistan, including the killing of civilians and prisoners, the military watchdog said Tuesday.

An annual report by the Inspector-General of the Australian Defense Force said 55 separate incidents were being investigated as part of a years-long probe into allegations Australian soldiers committed war crimes while serving in Afghanistan.

These relate mainly to unlawful killings of “persons who were non-combatants or were no longer combatants” as well as “cruel treatment” of such persons, the report said.

“The inquiry is not focused on decisions made during the ‘heat of battle’,” it added.
It is also considering “cultural, psychological, operational and organizational factors” surrounding the alleged incidents.

The probe was launched in 2016 in response to what the watchdog called “rumors” of “very serious wrongdoing” over more than a decade by members of Australian special forces in Afghanistan.

Elite Australian commandos were deployed alongside US and allied forces in Afghanistan following the September 11, 2001 attacks. NATO and its allies pulled combat forces from the country in 2014.

The ongoing inquiry, led by judge Paul Brereton, has called 338 witnesses and is now “approaching the final stages of evidence-taking.”

Defense Minister Linda Reynolds told Sky News she expected the watchdog would provide a report to the country’s defense chief within months and he would “decide on appropriate further actions.”

At least four investigations into alleged abuses by Australian special forces in Afghanistan are currently under way.