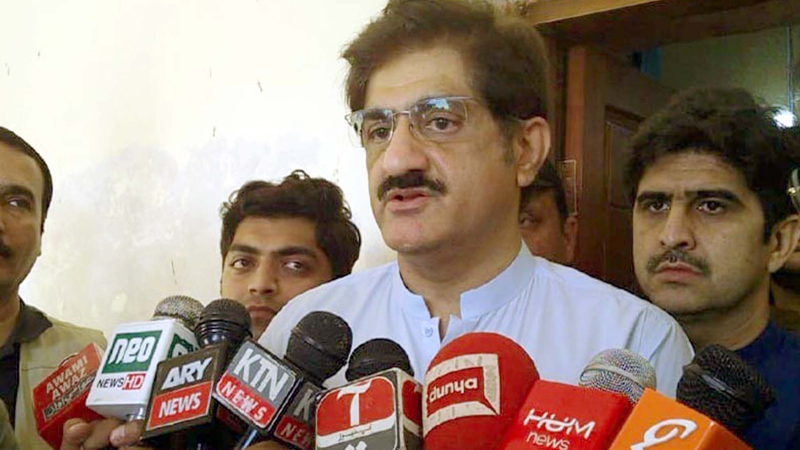 Sindh Chief Minister Syed Murad Ali Shah has said that Pakistan People’s Party (PPP) believes in plural society; therefore, its government in Sindh has enacted laws under which forced conversion of the religion and child marriages have been completely banned.

The chief minister said that Sindh is the land of Sufis: therefore, people of this province naturally respected human rights, co-existence and lived with harmony with the people of other religions. “This is the reason that no inter-religious disputes have ever emerged in the province,” he said.

The USA Special Advisor for Religious Minorities said that the student from primary classes should be given human rights education so that they start respecting other religions and thoughts of their people when they grow up.

The chief minister said that his party gave tickets to three Hindus candidates on general seats in general election of 2018, of them Dr Mahesh returned as a MNA from Tharparkar, and Harim Ram and Gianchand as MPAs from Mirpur Khas and Thano Boolakah, Jamshoro, respectively.

He added that the PPP had never won the seat of Mirpur Khas city but our Hindu candidate won this Muslim majority seat. “This is evidence how much our people respect Hindus in Sindh.”

Shah said that his government had passed a law under which nobody could change his/her religion before attaining the age of 18. “Now, the forced conversion of the religion had become contrary to the law,” he said and added that child marriage had also been banned. “The marriage age starts from 18 years ,” he said.

The chief minister said that earlier there was no law to register Hindu marriages and now the Sindh Assembly had passed Hindu Marriage Act. He said that he belonged to Sehwan, the land of Sufi Lal Shahbaz Qalander where people of different religions gather to celebrate his Urs. “The same position is at other shrines such as Shah Abdul Latif Bhittai, Sachal Sarmast and others where Hindu, Muslims and Christian observe their Urs collectively,” he said.

Separately, Murad Ali Shah said that Federal Minister Muard Saeed visited Karachi but did not meet him. He said the minister had to meet him on Sehwan-Jamshoro road matter. He said the PTI leaders and federal ministers were taking U-turn on every statement. He was speaking with journalists during his visit at Sehwan.