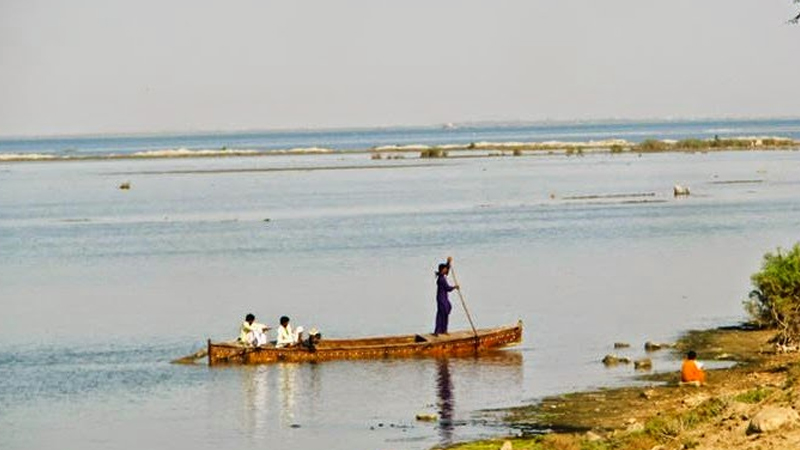 Renowned economist Dr Kaiser Bangali has said that there are two reasons behind the destruction of Manchar Lake, one of them to construct Main Nara Valley Drain (MNVD) and the other is construction of Right Bank Outfall Drain (RBOD-I).

He said that for the revival of the lake, the polluted water of MNVD being released should be purified through treatment plants.

He was speaking one-day conference on topic of Revival of Manchar: Challenges and Options organized by Sindh village development program an initiative by Sindh Associate of North America- SANA at village Bajara Taluka Sehwan located at embankment of Manchar Lake on Sunday.

Renowned civil society representative, writer and intellectual Jami Chandio said that corrupt bureaucracy, corporate sector and ruling class was responsible to affect the atmosphere. He said that it was most need urgent need to protect other creatures living on Earth.

Famous social and political activist Dr Ayoob Shaikh said that it needs for solid and perfect planning for solution of Restoration of Manchar Lake.

WWF representative Altaf Shaikh said that recently a project was completed at Manchar Lake and it was started for survival of local people in December 2019. He said that seed was supplied to fishermen at lake.

Speaking to the technical session at conference, Prof Dr Mohammad Yar Khuhawar ex- Prof of Chemistry department of Sindh University Jamshoro presenting his research said that he collected samples in 1985 from Manchar Lake. He said that day by day, water was polluting more. He said that in June and July water become more poisonous and TDS- Total dissolve salts recorded mostly till 7000 PPM. He said that this water remains harmfully for human lives. He said that salts remains change in all period of year. He said that due to extending of surface area of lake , evaporation was decreasing. He said that Hamal lake water was like Manchar Lake.

Sajid Ali educationist scholar and local inhabitant said that it was more potential to promote tourism at Manchar Lake.

Mazhar Ali Talpur an expert of Dams and water said that it needs to adopt and propose for solution of revival of Manchar Lake. He said that through megnit technology, the matter can be resolved.

Mujahid Shah a local inhabitant demanded for dry the Manchar Lake and clean it all silt up. Syed Mohammad Zahid a local farmer demanded for construction of Sehwan barrage for feeding water to Manchar Lake.