Mother Languages of the World: Let’s not snatch First Tongue from a child

The auspicious day of mother languages is here again. It is celebrated throughout the world on February 21 every year. The day is commemorated by renowned organisations, agencies and corporations, including the UN Educational, Scientific and Cultural Organisation (UNESCO) and other international agencies and groups, which mastermind valuable events to highlight the historical significance of mother languages. In this context, conferences, seminars, symposiums, rallies and gatherings are exhibited to unleash the mother tongue as the greatest medium of language description. 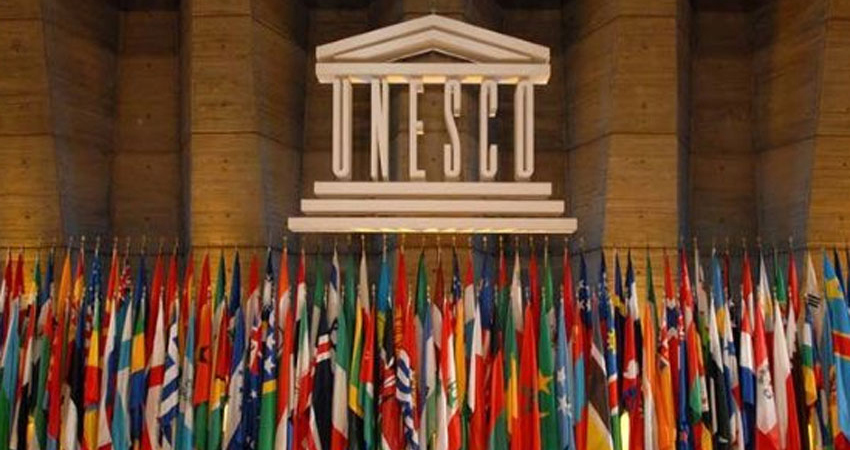 Unfavourably and lamentably, the mother languages, which are organic treasures for other languages, are highly ignored due to centralisation, instrumentalisation and monolingualism of the world.

As a result, people shift their attention towards dominant languages. The foremost example is the increasing status of the English language as a global lingua franca. In the name of fashion or enchantment of the English language, we snatch the linguistic rights of a child, who is helpless, powerless and can’t resist. Due to the overwhelmed consumerism and commodification of the world, we are under the boats of neoliberalism and Americanisation. The enforced divergent towards English has left the languages of the world at the mercy of one language. According to Graddol (1997), the world would be semi monolingualism because large numbers of people will learn English as a foreign language in coming time and they will need teachers, dictionaries and grammar books. Due to this, the world’s cultures, heritage and languages are in danger. Some are extinct, and some are in the queue for being beheaded. It’s very heartening and saddening news for the language scholars to ponder over this plight and plan policies and remedies against this atrocity to the world’s mother languages. We need to revitalise the dying languages. Power, politics and ideology have created differences amongst us.

Let us, not envoy over multilingual Pakistan. Nature has diversity and there is beauty in diversity. Policymakers and governments need to fund to uplift the status of indigenous languages of the world.

The historical background of the day being celebrated in the name of mother languages is full of interest and attention. Pakistan is a diverse and multilingual country. The linguistic profile of Pakistan is very rich. There are more than 76 languages spoken across the country. Urdu is labelled as a national language, English as an official language and Sindhi, Punjabi, Pashto, Balochi and Saraiki as the regional indigenous languages, Daiki, Marwari, Rangri, Shanna, Hazarvi, Bohri and numerous other languages as minority groups of languages. All the above-mentioned languages are mother languages of the citizens of Pakistan. According to Ethnologue (2016), there are 73 languages spoken in Pakistan. The statistical data of the major regional languages of Pakistan are given in this chart.

Name of Percentage of language people who use it

The linguistic profile of Pakistan is very rich

However, according to the constitution of Pakistan, the provincial languages are the official languages of the region/provinces. How they are being declined and devalued can be viewed below?

When Pakistan came into being as an independent state, the founder of the nation had a choice to declare the majority’s language, which was Bengali, as a state language. Yet, he declared Urdu as the national language, which was spoken by seven per cent of the overall population of the state, due to the emotional attachment of the masses. Moreover, this announcement laid the foundation of hatred amongst Bengalis. They started the heavy procession and protest for their language to be the national language. In this regard, four students were killed when the police opened fire. The protests continued and finally, it was in 1956 when both Bengali and Urdu were declared as national languages. Onwards, both Urdu and Bengali languages remained the national languages of Pakistan. Afterwards, in 1971, East Pakistan became Bangladesh in which the ethnic discrimination infused power in the movement of the split. As a result, Urdu enjoyed the status of being a national language and other regional languages like Punjabi, Pushto, Sindhi and Balochi were ignored.

Moreover, Rehman (1995), stated that in 1973, when the present constitution was made, it was declared that Urdu would be the official language of the state and replace English within 15 years. However, more than 40 years have been passed but English still enjoys the official status in Pakistan.

What is a mother tongue?

The UN’s recognition came into accord in 1990 to recognise International Mother Languages Day throughout the world on February 21.

As the word itself says, it is the language that the mother speaks to the child, to pacify him or play with him. That is the first language the child hears or speaks. In linguistics, we use the term “mother tongue” or “first language” or “L1” to refer to the language that we learn before we have learnt any other language fully. An easy test to check a child’s mother tongue, that he/she is speaking, is at the age of three to five years. The UNESCO declared in 1953 that the most suitable language for teaching basic concepts to children is the mother tongue yet two billion people do not have access to education in a language that they understand. It means that their languages are being dishonoured, ignored and declined. This is done due to political and economic interest of the state.

A child’s mother language is its intelligence, which describes its way of thinking, reasoning, understanding and doing tasks. It shows its history, ethnicity, culture and identity, which makes it unique with the rest of the world. If you talk to someone in a language that he/she understands, that goes to the person’s head but if you talk to someone in his/her language, that goes to his/her heart. It is the world’s mother languages day. The UN and other organisations organise festivals and functions throughout the world but lamentably, it is said that no private school or institution has organised any program to mark the recognition of this day. As most of the private schools hate indigenous languages, these schools can’t afford the recognition of the mother languages. If schools can celebrate Colour Day, Pineapple Day, Spiderman Day, Fruits Day, Tiger Day, Ice Cream Day, Meat Day, Food Day and numerous other unproductive days whereupon parents are paupers to their undue demands and notices, they should also celebrate Mother Language Day to promote diversity. They need to arrange speeches on different languages to see the beauty of that language. Unfortunately, we have devalued our mother languages by not taking fruitful actions. we should use our L1 in our homes, schools, societies to preserve our mother tongues.

Raising Voice for the Sindhi Language

The Sindhi language has a rich heritage and cultural background. It’s still waiting to be recognised as a national language of Pakistan.

According to recent consensus, it has its script, live publications, TV channels. More than five crore people speak Sindhi. However, due to the mushroom growth of private schools and academies, the Sindhi language has been highly marginalised and ignored. Owing to the worsened state of the education system, parents are forced to get their children educated through private schooling. It is a bitter fact that in private schools, the Sindhi language is banned. This highlights the genocide of a living language. It’s a live example of linguicism. This practice must be stopped. Sindhi-speaking vocal class must rationalise this burning issue.

Sindhi-speaking parents must force the private-owned academies and schools, especially renowned schools, to start teaching the Sindhi language as a major and compulsory subject like English to finish this linguicism. However, at the national level, there shouldn’t be any mystification of the linguistic issue.

Immediate actions must be taken to uplift the status of local languages. The Sindhi language must be revived by enforcing the private sector to give this language space and value it rightly deserves.

The writer is an assistant professor in English at Mehran University of Engineering and Technology, Jamshoro