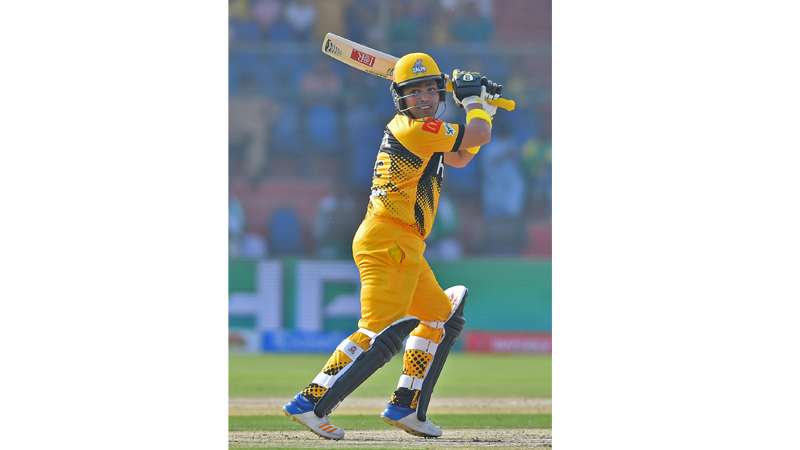 KARACHI: Kamran Akmal hammered a scintillating 55-ball 101 as Peshawar Zalmi crushed Quetta Gladiators by six wickets in the fourth match of the HBL Pakistan Super League5 at National Stadium here on Saturday. The wicketkeeper-batsman began Zalmi’s run-chase in style, hitting two sixes and two fours off Mohammad Nawaz in the first over on his way to his third century in the HBL PSL. Kamran, who is the leading run-scorer in the HBL PSL with 1,430 runs in 49 matches, struck 13 fours and four sixes to help Peshawar chase down the 149-run target with nine balls spare on a day when the Pakistan Cricket Board (PCB) observed Childhood Cancer Awareness Day. Haider Ali, Pakistan Under-19 opener, scored 25 off 28 in an 82-run partnership for the second-wicket with Kamran.

Earlier, Quetta, at the back of Jason Roy’s unbeaten 73, made 148 for five after being asked to field first. The English opener struck six fours and a six in 57 balls and crafted a 62-run stand for the third-wicket with Quaetta captain Sarfaraz Ahmed, who struck five fours and a six in his 41 off 25 balls. Peshawar’s pacer Wahab Riaz took two wickets for 21 runs in four overs, while Rahat Ali and Amir Khan and Darren Sammy picked up a wicket each. For his extraordinary batting performance which gave Peshawar their first win of the season, Kamran was named player of the match.