Military capable of thwarting any threat irrespective of cost: COAS 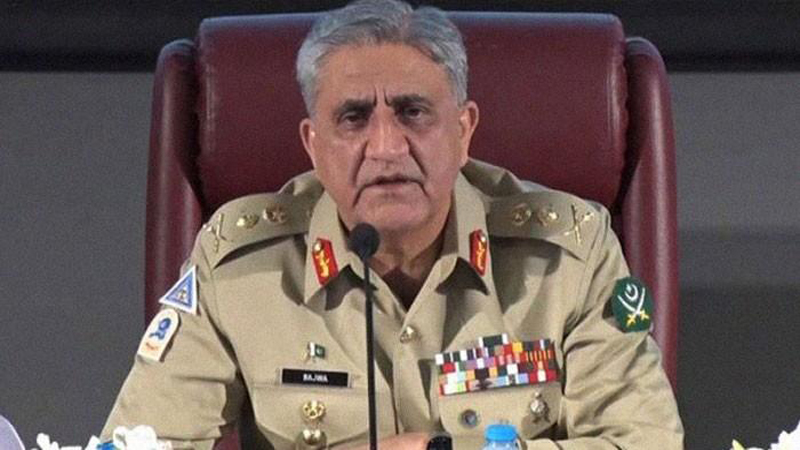 Chief of Army Staff (COAS) General Qamar Javed Bajwa Saturday said Pakistan Army is aware and capable of thwarting all threats to security and sovereignty of the country irrespective of the cost.

The Operation Radd-ul-Fasaad has completed its three years after it was launched on February 22, 2017, across the country, said an Inter-Services Public Relations press release quoting the army chief. This operation has consolidated gains of all past operations, indiscriminately eliminating residual and latent threat of terrorism, ensuring security of Pakistan’s borders, the COAS said.

The COAS said in this journey from terrorism to tourism, security forces and intelligence agencies backed by the entire nation, achieved unparalleled success at a monumental cost paid in men and material. “Tributes to our martyrs, our real heroes, our pride. We also salute our resilient nation in defeating extremists’ ideology and for unflinching support to the armed forces,” he added.

The COAS said gains of two decades of war on terror would be consolidated to achieve enduring peace and stability both for Pakistan and the region.

The intensive nationwide operation against terror groups, steered by Army Chief Bajwa, successfully thwarted hundreds of terrorist plots across the country. According to defence analysts and former military officials, the operation was not easy by any measure. During Operation Radd-ul-Fasaad, the military carried out more than 49,000 intelligence-based operations (IBO) to foil terror attacks and prevent militants from disrupting life across the country.

Defence analyst Maj-Gen (r) Inamul Haq credits operation Radd-ul-Fasaad for helping Pakistan establish complete control over tribal areas. “The overall law and order situation has improved across the board. The country is safer than any time in history,” he said.