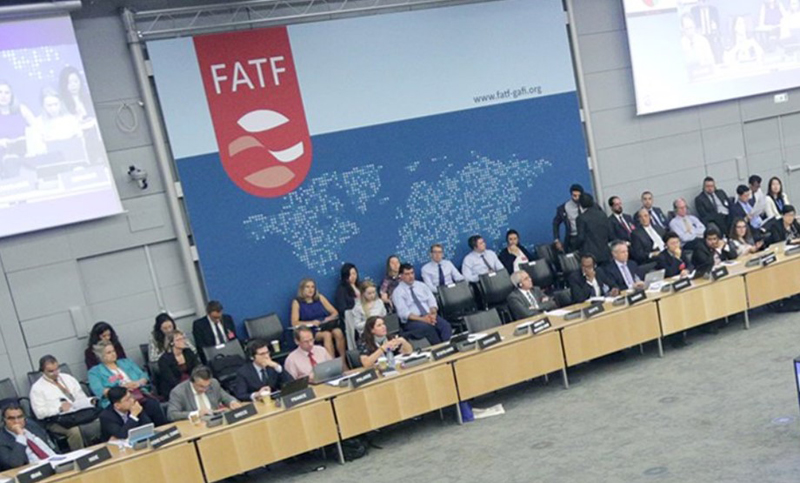 Pakistan won an extra four months to meet international anti-terrorism financing norms on Friday when a global dirty money watchdog decided to keep the country off its blacklist for now.

After Pakistan missed multiple previous deadlines, the Financial Action Task Force said it is concerned that Islamabad has again failed to complete an internationally agreed action plan. “The FATF strongly urges Pakistan to swiftly complete its full action plan by June 2020,” the FATF said in a statement issued after a meeting in Paris. “Otherwise, should significant and sustainable progress especially in prosecuting and penalizing TF (terrorism financing) not be made by the next Plenary, the FATF will take action,” it warned, adding that such action could include calling on its member states to order their financial institutions to give particularly rigorous attention to business relations and transactions with Pakistani clients.

A statement issued by the Finance Division said the FATF has decided to maintain Pakistan’s status on its ‘grey list’ of countries with inadequate control over curbing money laundering and terrorism financing until June, when the next review will take place. “FATF members agreed to maintain Pakistan’s status on FATF’s Compliance Document, normally referred [to] as the Grey List,” the press release issued after the conclusion of the six-day FATF plenary meeting in Paris said.

The Finance Division pointed out that during the last reporting period, Pakistan made ‘significant progress’ in the implementation of the 27-point FATF Action Plan, which was demonstrated by the completion of nine additional action items. “FATF reviewed progress made by Pakistan towards implementation of the action plan. While acknowledging the steps taken by Pakistan towards implementation of [the plan] and welcoming its high-level political commitment, FATF highlighted the need for further actions for completing the Action Plan by June 2020,” the handout said.

It emphasised that the government ‘stands committed for taking all necessary action’ in order to complete the remaining items in the action plan and that a strategy in this regard has been formulated and is being implemented.

With a minimum of three votes by FATF members needed to avoid the organization’s blacklist, Pakistan has been able to avoid punishment so far thanks to support from major ally China and other friendly countries including Malaysia and Turkey.

The Chinese foreign ministry said that a majority of FATF members have recognised Pakistan’s efforts to improve its counter-terrorism financing (CTF) regime at the financial watchdog’s latest plenary meeting. “It was decided at the meeting that Pakistan will be allowed more time to continue implementing its action plan,” said Chinese foreign ministry spokesman Geng Shuang at a news briefing in Beijing.

The statement by the Chinese government came hours ahead of the FATF decision regarding Pakistan’s fate on the watchdog’s grey list. Asked to comment on Indian media reports that China has changed its position at FATF to no longer support Pakistan, Geng said, “China’s position on the relevant issue remains unchanged. China maintains that the purpose and aim of the FATF is to support countries’ efforts to strengthen institutions against money laundering and terror financing and safeguard the international financing system. We stand ready to work with relevant parties to offer more assistance to Pakistan in this area.”

The Chinese foreign ministry echoed similar views through a tweet, noting that “Pakistan has made enormous efforts in improving its CTF regime, which has been recognised by the majority of FATF members at the latest plenary meeting in Paris. China & other countries will continue offering assistance to Pakistan in this area.”

Also on Friday, Adviser to Prime Minister on Finance Dr Abdul Hafeez Sheikh in a meeting with Chinese Ambassador to Pakistan Yao Jing thanked the Chinese government for its massive support in the FATF meetings, a statement issued by the Finance Division said. “China and other brotherly countries have supported Pakistan throughout the [FATF] process in terms of guiding the country to improve its frameworks,” the press release quoted the adviser as saying.

The FATF plenary and working group meetings started in Paris, France, on Monday and concluded Friday. A delegation headed by Federal Minister for Economic Affairs Hammad Azhar represented Pakistan at the meetings.

Pakistan was placed on the FATF grey list in June 2018 and was given a plan of action to complete by October 2019 or face the risk of being placed on the blacklist along with Iran and North Korea. In October 2019, the FATF decided to keep Pakistan on its grey list till February, giving it time to implement the 27-point action plan.