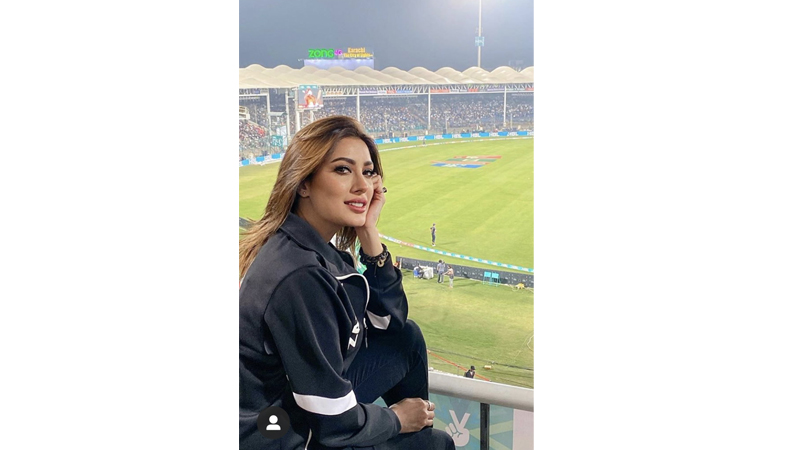 Tamgha-e-Imtiaz recipient Mehwish Hayat is delighted that cricket has come home as she attended the historic opening ceremony of Pakistan Super League (PSL) 2020 at the National Stadium in Karachi on Thursday. The starlet took to Twitter to tell the world that Pakistan is ready to host all major sporting events and its a peace-loving country. “Great feeling to be at the National Stadium tonight & watch international players once again playing cricket in Pakistan. Let’s show the world that we are able to host major sporting events again.” she wrote. The Jawani Phir Nahi Ani actress also featured in Peshawar Zalmi’s anthem along with Hania Aamir. Many actors including Hayat were spotted at the glitzy opening ceremony of the league which is being fully played in Pakistan for the first time.