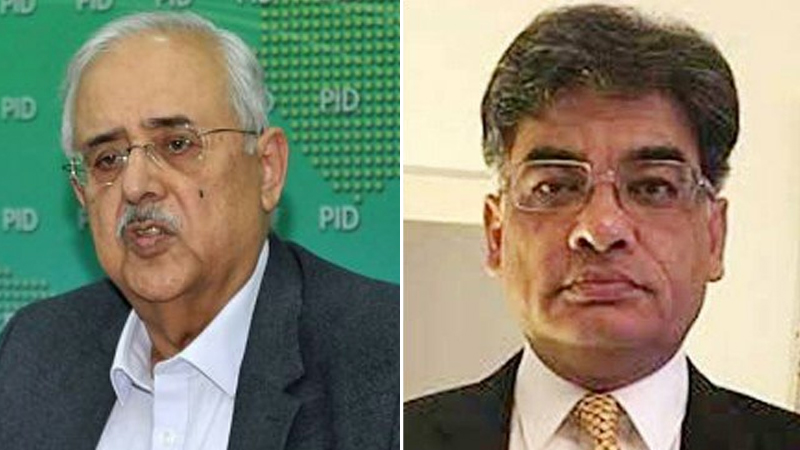 “I note with profound regret that the Pakistan Bar Council, of which I am the Chairman, has demanded through its press release dated 19th of February 2020 that I resign forthwith from the Office of the Attorney General of Pakistan,” he wrote in his resignation, referring to Pakistan Bar Council demanding his resignation over some comments he had made regarding Supreme Court judges during hearing of a case related to Justice Faez Isa, for which he had been reprimanded by the apex court as well.

“Being a life member of Karachi Bar Association, Sindh Bar Association and the Supreme Court Bar Association, and having previously served as the Advocate General Sindh, the Attorney General for Pakistan and a judge of the High Court of Sindh, I stand with my brothers and colleagues at the Bar and I wish to reaffirm my faith in the highest principles of integrity and professional excellence that the Pakistan Bar Council has always stood for,” the resignation letter read.

“Accordingly I hereby resign from the position of the Attorney General for Pakistan and request to accept it with immediate effect. In the last year and a half, I worked to the best of my ability to serve this solemn office with honesty of purpose, and commitment to upholding the Constitution. I wish my successor the very best of success and pray that God may continue to shower His countless blessings on our motherland and nation,” he concluded.

The Supreme Court had on Wednesday directed Khan to produce evidence supporting his comments or submit a written apology about his controversial statement. The statement itself had been expunged from the court record.

“A certain statement was made by the attorney general about the bench and it would be appreciative that the material on the basis that he has made statement be placed before the bench,” the court had noted in its order on the matter. “In case, no material was placed before this bench, we expect a written apology from the attorney general for having touched the matter,” the court further noted in its order. “It [the statement] is not against one, but every member of the bench,” it added.

In a statement, the PBC had asked the attorney general to submit an unconditional written apology along with his resignation for his ‘unbecoming conduct’. The statement added that the PBC would not tolerate any ‘government-sponsored’ attempt to undermine the independence of the judiciary and the process of dispensation of justice. The PBC had also announced to file a contempt of court petition against the attorney general as well as the law minister. Later, a contempt of court petition was also drafted but could not be filed in time.

Separately, the federal government has decided to appoint Barrister Khalid Javed Khan the new attorney general for Pakistan after Anwar Mansoor Khan resigned earlier on Thursday. Javed was enrolled as an advocate of the high court in 1991. In 2004, he became an advocate of the Supreme Court. He used to advise former prime minister Benazir Bhutto when she was in office during 1993-1996 as a legal adviser to the attorney general for Pakistan. The Karachi-based law specialises in many branches of law such as constitutional law, income tax, sales tax, customs, land matters, banking law and service laws. He is the son of ND Khan, a prominent PPP leader.