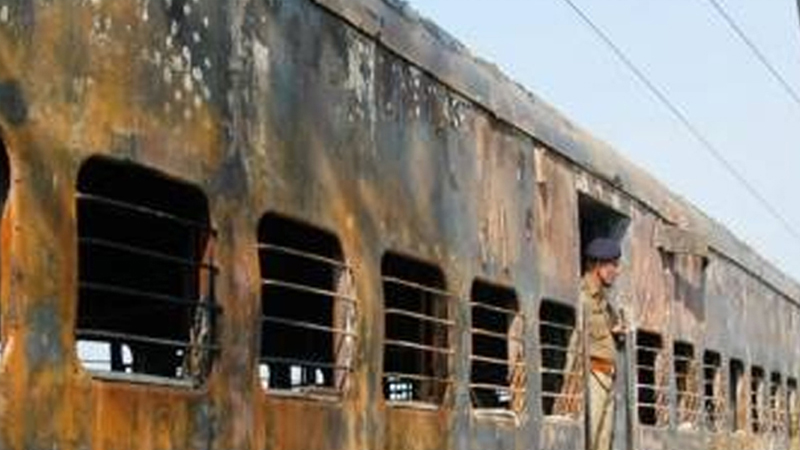 Pakistan on Thursday reminded the Indian government of its responsibility to take serious and credible steps to bring the perpetrators of Samjhauta Express blasts to justice without further delay.

Foreign Office spokesperson Aisha Farooqui told a weekly press briefing that the last year’s acquittal of the self-confessed mastermind of the blasts, Swami Aseemanand, and other accused only reconfirm the culture of impunity that the perpetrators of terrorist attacks enjoy under the Bharatiya Janata Party-led political dispensation in India. She said as the current week reminds the painful tragedy of Samjhauta Express occurred 13 years ago, the families and the loved ones of the 68 victims of the terrorist attack, including 40 Pakistanis, still await justice. “The inordinate delay in justice for these victims, despite the availability of evidence, illustrates the unwillingness of the Indian government to hold the perpetrators to account for their barbaric action,” she commented.

Regarding the human rights situation in Indian-held Kashmir (IHK), the spokesperson said on the 200th day of the lockdown on Thursday, the people in the occupied valley continue to be deprived of their fundamental freedoms, right to liberty, health, education and food as well as face continued restrictions on their freedom of expression, freedom of assembly and freedom of religion.

Referring to the visit and press briefing by All Party Parliamentary Group on Kashmir in British Parliament Chairperson Debbie Abrahms on Wednesday, she said the UK parliamentarians have spoken up against the human rights violations in Kashmir.

Giving an overview of the three-day visit of United Nations Secretary General Antonio Guterres to Pakistan, she said the visiting dignitary expressed deep concern over increase in tensions between Pakistan and India since last year and stressed that Jammu and Kashmir dispute must be resolved in accordance with the Charter of United Nations and the resolutions of the Security Council. “The unequivocal statement by UNSG serves to put to rest any confusion in any quarter pertaining to international status of the Jammu and Kashmir dispute and the need to resolve it in accordance with the UNSC resolutions and the aspirations of the Kashmiri people,” she remarked.

To a question, the spokesperson said Pakistan is keen to see the peace process move forward and lead towards an intra-Afghan dialogue.

She also rejected the impression being created by social media about any campaign by the Saudi government to detain and repatriate Pakistani nationals, saying every year, before the month of Ramazan, the Saudi authorities routinely carry out an exercise against the illegal expatriates and illegal workers especially in Makkah region. “The assumption that it is a Pakistan-specific drive is completely incorrect. The campaign is not Pakistan-specific … Saudi authorities have arrested nationals of several countries as part of this drive,” she added.

To a question about the plight of Pakistani students living in coronavirus-hit Wuhan city of China, she said a two-member team of Pakistan Embassy had visited the city to evaluate the situation and would remain deployed there until the quarantine is lifted. “Their mandate is to make sure that all needs of our students are addressed and provided to them. Their safety, well-being and health will be constantly monitored and ensured in close coordination/consultation with the respective university administration and Chinese authorities,” she remarked.

About a letter written by four US senators to Secretary of State Mick Pompeo expressing concerns about Kashmir situation, she said Pakistan welcomes the letter which is yet another voice in the growing international pressure on India to abide by international law and human rights conventions. “We hope that during the US president’s visit to India, the issues being faced by the people of Indian-held Kashmir will be raised with the Indian government and the offer of mediation expressed by the US president is taken forward through some concrete practical step,” she added.