Shatrughan Sinha and Reema Khan spotted at a wedding together 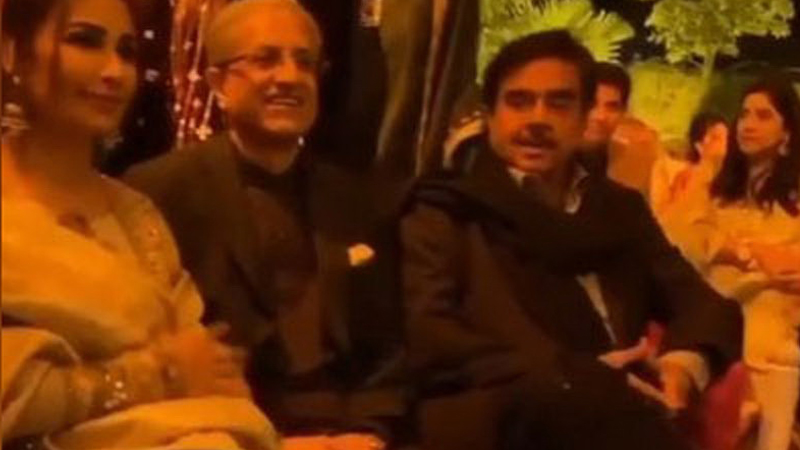 Amid all the tension between India and Pakistan because of the months-long lockdown in Occupied Kashmir and removal of Article 370, actor-turned-politician Shatrughan Sinha was spotted in a wedding event in Lahore, Pakistan.

The video of renowned Indian personality’s appearance at an event in Lahore along with Pakistani star Reema Khan has gone viral on social media, receiving mix response from both Indian and Pakistani social media users.

Famous Pakistani website allpakdramapageofficial shared a video of a renowned Indian star – sitting along with Reema – with the caption: “Legendary Bollywood actor and Politician Shatrughan sinha spotted at a wedding event in Lahore tonight Film star #ReemaKhan also there at the #bigfatwedding.”

Last year, All India Cine Workers Association (AICWA) banned and boycotted Mika Singh from the film industry after the singer performed at a wedding in Pakistan.

The relationship between the two neighbouring countries went from bad to worse after Modi government scrapped article 370 with lockdown the occupied valley.