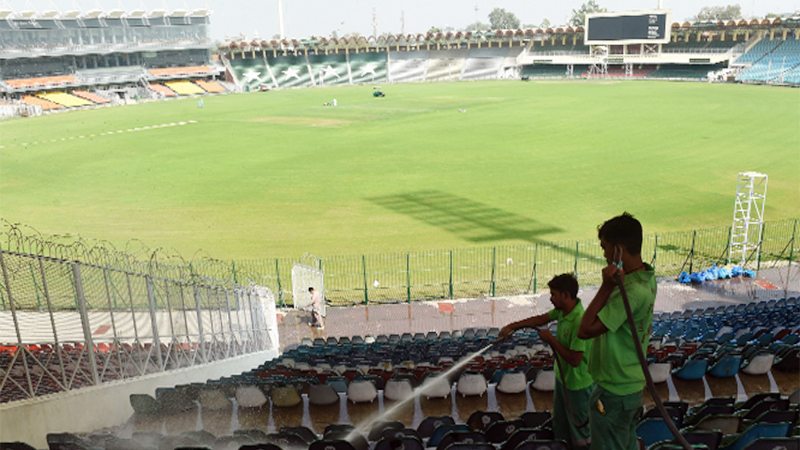 LAHORE: Lahore Qalandars will take on Multan Sultans in the third match of the HBL Pakistan Super League at Gaddafi Stadium here on Friday (today). Lahore captain Sohail Akhtar is banking on the support of experienced campaigners Salman Butt and Mohammad Hafeez in their clash against Multan. “I’m lucky to have the support of Hafeez and Salman because of the experience they bring to the table, while playing for Pakistan, and I’m hopeful that I will have their backing in the future as well,” said Akhtar. Akhtar is not bothered by the pressure which comes with the role of captain. “I’m honoured to lead this amazing franchise and there is no pressure on me in this regard,” he said. “I have been groomed for this role over the past three years and I also led the team during the Abu Dhabi Cup and the series we played in Australia.” The all-rounder also heaped praise on pacer Haris Rauf after his stellar performances in the recently concluded Big Bash League (BBL). “Haris Rauf is a quality bowler and he is coming into PSL on the back of some brilliant performances in BBL which is why are expecting him to come good in PSL as well this year,” he said. Meanwhile Qalandars’ head coach Aaqib Javed is confident that his team will banish their past woes and put up a good show in the fifth edition of HBL PSL. “Our performances have been disappointing over the past seasons but hopefully we can turn things around this year,” he said. “Given how we have fared, I have faced criticism which is fair because I’m the coach but having said that I’m trying my best to changes the fortunes of the side and will continue doing the same this season as well.”

A team with heavyweights on their roster but seemingly facing a perennial struggle on the field — they have sat at the bottom of the table in all four seasons so far. So far in the PSL, they have played 39 matches and won only 13, never coming close to fulfilling the expectations fans have had of them. They have had some bad luck over the seasons, losing out on key players, but they have also not been able to get their act together as a team. This season, they’ll start with renewed hopes yet again, but they have toned those down from previous seasons. They have two highly regarded pace bowlers in Haris Rauf and Shaheen Afridi, with both having shown their ability to deliver when it counts. Both are also in-form and should be fired up after their recent performances. With the bat, a top order of Fakhar Zaman, Chris Lynn, Hafeez and Akhtar can be explosive and full of runs, with each man a game-changer.

On the other hand, despite a scare a few weeks ago, it appears the Sultans will have Moeen Ali available for the entirety of the season, and one only needs to look at the recent series in South Africa to understand what a gem he could be for the Sultans. The acquisition of Rilee Rossouw, who is by now a PSL royalty with Shane Watson and Luke Ronchi being the only foreign players to have scored more runs, from the Quetta Gladiators is another shrewd bit of business, as was picking Imran Tahir late in the draft. Expect much of their success, however, to be built around local talent. Their 18-year-old vice-captain Rohail Nazir is perhaps the hottest young prospect in Pakistan; it’s only a matter of time before he takes his bow in international cricket, while Mohammad Ilyas’ pace made him one to watch out for last year. The consensus is he has only improved since then, while the inclusions of seasoned T20 quicks Sohail Tanvir, Mohammad Irfan and Junaid Khan should make the Sultans a formidable bowling unit. Add to it the local spin option of Usman Qadir, who counts fellow Sultans legspinner Tahir as one of his mentors.