The term “Naya Pakistan” is in vogue these days. It originated in 1972 when Zulfiqar Ali Bhutto was the president. In April 1973, he wrote an article in Foreign Affairs entitled “Pakistan Begins Anew.” The article provided a retrospective on the tragic break-up of Pakistan and prognosticated on the future of the country. 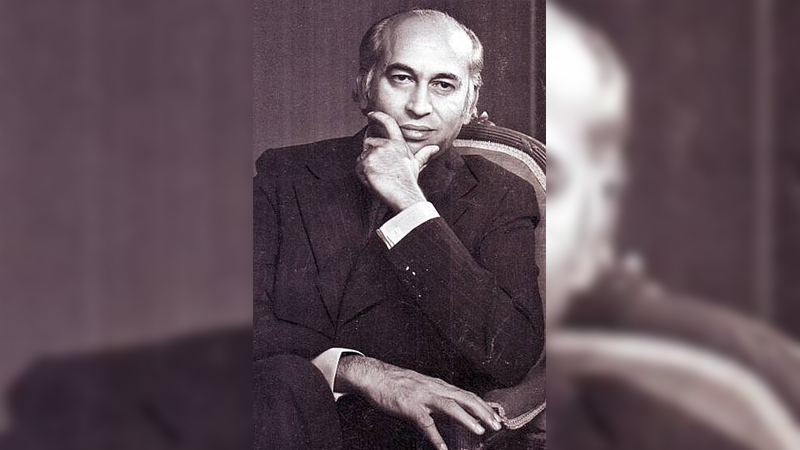 Reflecting on the past, Bhutto said: “A tragic civil war, which rent asunder the people of the two parts of Pakistan, was seized by India as an opportunity for armed intervention… Pakistan had been the victim of unabashed aggression: her eastern part seized by Indian forces…that made it difficult for our people to be reconciled to the fait accompli.”

Bhutto said that the Indian action was the “climax of a long series of hostile and aggressive acts by India against Pakistan since the establishment of the two as sovereign and independent states.” He also blamed the Pakistani army: “Since the early years of Pakistan’s inception, democracy had been supplanted by dictatorship… Decisions were taken in 1971 by a generals’ junta, which had sedulously cultivated its isolation from the people.”

Bhutto further asserted that the break-up of Pakistan did not spell the end of the “Two Nation Theory” that was used to create the country. He said: “Bangladesh is unwilling to be absorbed into India… She is proud of her independence and wants to be a secular democracy.” Tackling head on the assertion that Bangladesh did not want to be an Islamic republic but had opted to be a secular democracy, he asserted that there was no contradiction between secularism and religion, presumably as long as the religion was Islam: “Secularism means tolerance and the rejection of theocracy… is inherent in Islamic political character.”

Bhutto added that Pakistan was never intended to be a single country. He said that the name Pakistan was an acronym coined around the names of the Muslim-majority provinces that lay in the west, and that the 1940 Resolution had called for two independent states and not one. Thus, in one fell swoop, he accused Mohammad Ali Jinnah and Liaquat Ali Khan of not being faithful to the 1940 Resolution.

Then came the rhetorical flourish: “Bangladesh owes her existence to Pakistan; if there had been no Pakistan, there would have been no Bangladesh.” He thundered: “Pakistan will never accept the concept of Indian hegemony in the subcontinent.” He added that the Kashmir issue needed to be resolved for there to be durable peace between the two countries. Signalling his tilt toward the Arab world that continues to this day, he said: “Imperishable affinities born of culture, religion and historical experience bind us to other Muslim nations.”

Nowhere in the article does Bhutto concede his role in the breakup of the country or his role in egging the army on to pursue a hostile posture toward India. Bhutto had risen to fame as Ayub Khan’s foreign minister. In 1964, he instigated the field marshal to launch a guerrilla war in Kashmir. That campaign went awry and precipitated an all-out war with India in 1965. When he fell from grace from Khan, he founded his own political party.

In the 1970 elections, Shaikh Mujib’s Awami League won a simple majority of seats in the National Assembly. Bhutto proposed that he should be made the prime minister of West Pakistan and Mujib the prime minister of East Pakistan. That proposal was dead on arrival. The military dictator, General Yahya Khan, convened a meeting of the National Assembly in Dhaka in March 1971. Bhutto threatened to break the legs of any of the MNAs from his party who went to Dhaka.

With such bluster, Bhutto also put a gun to Yahya’s head. The four-star general, when confronted with Bhutto, turned out to be a paper tiger. He called off the assembly, banned the Awami League, and ordered the army to fight the “miscreants.” Bhutto left Dhaka after the army action was launched. When he landed in Karachi, he said: “God has saved Pakistan.”

On December 16, the outnumbered, outgunned and demoralised troops of the Pakistani army in the Eastern Command surrendered to the Indian army. In a few days, the army deposed Yahya and put Bhutto in his place.

Bhutto played a key role in the break-up of the country, his protestations to the contrary.

In the run-up to the election, Bhutto had promised to bring “bread, clothing, and shelter” to every man. In the 1973 article, he proclaimed: “A new Pakistan has emerged… We have broken with the past, a past which founded itself on the exploitation of man by man. Now we seek to give expression to the aspirations of the common man which for so long been stifled, aspirations for social justice and a more equitable distribution of the nation’s wealth.”

Bhutto pointed out that Pakistan’s foreign exchange reserves had doubled in 1972, representing “a conclusive rebuttal of the canard spread during the ubiquitous propaganda campaign of 1971 that the economy of West Pakistan was sustained by the export earnings of East Pakistan.” Thus “Pakistan has now the capacity to rise faster to a higher social and economic level that most other countries similarly placed… Pakistan in her present form will prove to be a stronger and more vigorous Pakistan.”

The reality is that the economy during the Bhutto government was seized with stagflation. Economic inequalities did not diminish. His sweeping programme of nationalisation crippled the economy and his reform of the civil service destroyed its independence. The system’s lateral entry opened the gates to nepotism and cronyism. His pro-Arab tilt did bring in a lot of Arab money into the country, but it did little to put pressure on India to resolve the Kashmir conflict.

On July 2, 1972, Bhutto negotiated the Simla Agreement with Indian Prime Minister Indira Gandhi, but two things were uncertain: the fate of the 93,000 Pakistani prisoners of war and the diplomatic recognition of Bangladesh. He appealed to India to release the prisoners and to resolve the Kashmir issue. India released the prisoners but took no steps to resolve the Kashmir issue, saying it was an internal matter. The stalemate continues to this day, in large measure because no major power and no major Arab country wants to exert any pressure on India.

Bhutto recognised Bangladesh but relations between the two countries never warmed up. Pakistan has yet to apologise. It is doubtful that anyone in Bangladesh agrees with Bhutto’s logic that the creation of Bangladesh validated the Two Nation Theory.

The article, short on facts and long on promises, presaged today’s populist movements.