KARACHI: The transport department of Karachi Metropolitan Corporation (KMC) is still inactive due to intervention by Karachi Development Authority (KDA).

The department is now under the control of provincial transport department as KMC has no manpower to handle this system.

KDA’s Traffic Engineering Bureau (TEB) has been restored a couple of days ago and it has stopped KMC’s transport department from functioning, while the officials have also been transferred.

TEB head Qazi Abdul Khaliq confirmed the reports that the transport and commutation department has been closed down. According to TEB Act 1985, KDA was responsible to improve traffic schemes in the city, road safety projects, traffic signals, work of geometrical city traffic plan, and surveys in Karachi.

The company has never paid any amount to KMC so far as per the contract agreement. The company has even demanded 26 CNG buses in addition but no agreement was reached in this effect.

The agreements regarding 170 bus stops and pedestal bridges have also become null and void. KMC had given the operation of 36 CNG buses (the investment of Rs 180 million) to a private company on 24 Aug 2014 on a two-year contract on political grounds which has expired but no extension has been given to them because of the row between KMC and KDA. 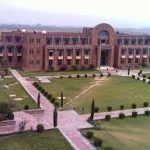 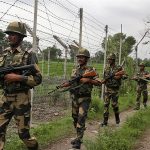