Pleasure to play alongside two young superstars of fast-bowling: Watson 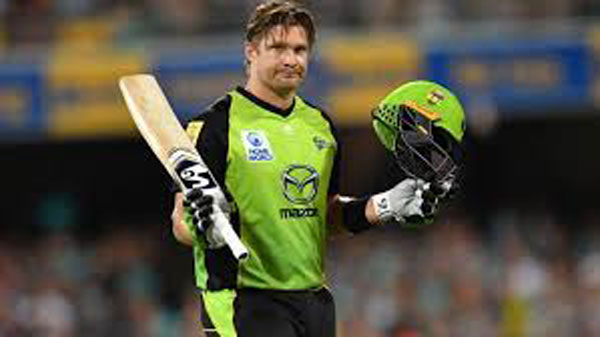 KARACHI: Australian all-rounder Shane Watson is eagerly waiting to play alongside two of the most talented upcoming pacers, Mohammad Hasnain and Naseem Shah, for Quetta Gladiators in the upcoming season of HBL Pakistan Super League (PSL). Hasnain is the youngest pacer to take a hat-trick in Twenty20 Internationals (T20Is), while Naseem, in the recent Rawalpindi Test against Bangladesh, became the youngest to claim a hat-trick in Test cricket. While talking to media in Karachi on Tuesday, Watson said that he continued to be amazed by the fast-bowling talent that Pakistan keeps churning out. “It’s a pleasure to see young Pakistan bowlers Naseem and Hasnain come through,” Watson said. “It’s phenomenal to see the conveyor belt of fast-bowlers who continue to come through for Pakistan and we are fortunate to have 2 young superstars of world fast-bowling at Quetta.”

The veteran all-rounder is also looking forward to the challenge of facing the fiery pace duo in the practice nets throughout the season. “Last year facing Hasnain in the nets was not comfortable at all,” he said. “This year having these two (Naseem and Hasnain) will definitely be the net to avoid throughout the next five weeks.” The 38-year-old also believes that the upcoming edition of the PSL would be great for the fans. “I think this season of the PSL will also be a good one. We have a very good squad. Moin Khan has combined some great players,” he said. “I saw that the fans in Quetta gave us a grand welcome. If I get the chance I would love to go to Quetta and meet the fans.”