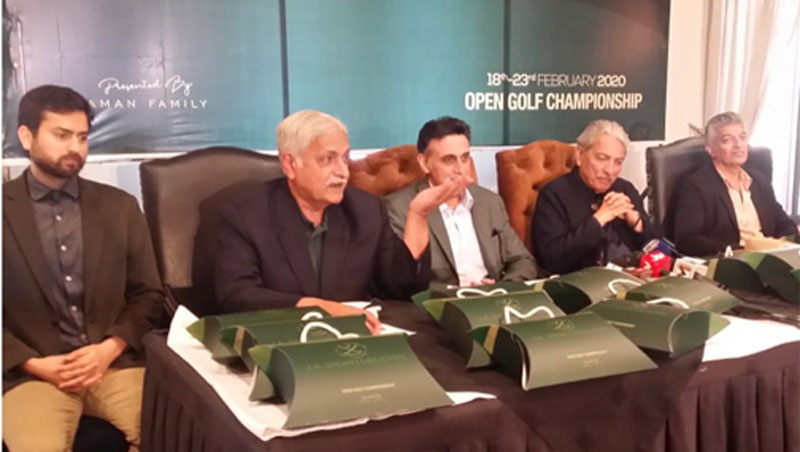 LAHORE: The 7th JA Zaman Memorial Open Golf Championship will be contested at the historic and refined Lahore Gymkhana Club Golf Course here from February 20, and for five days, golfing action will be in progress for champion golf professionals, senior professionals, junior professionals, amateurs, senior amateurs, veterans, women and boys. Addressing a press conference on Tuesday, Sarmad Nadeem, Convener Golf of Lahore Gymkhana, stated that this championship, supported and comprehensively endorsed by the Zaman family, was now in its seventh iteration. Sarmad further explained that this open championship has become one of the most esteemed and celebrated tournament in the national golf circuit of Pakistan. Also present on the occasion were Hamid Zaman and Omer Zaman of JA Zaman family, Omer Zia (Captain Golf) and Khawaja Pervaiz Saeed (Director Media). The championship is a Pakistan Golf Federation (PGF) and Punjab Golf Association (PGA) sanctioned and now the biggest golfing event in Punjab with a total prize money of Rs 3.34 million. Another significant attribute is that for the first time in the championship’s history, the professionals will compete over four days, in line with international standard events. And not only is this open event a source of pride for Zaman family, it has also become a source of esteem for Lahore Gymkhana Club.