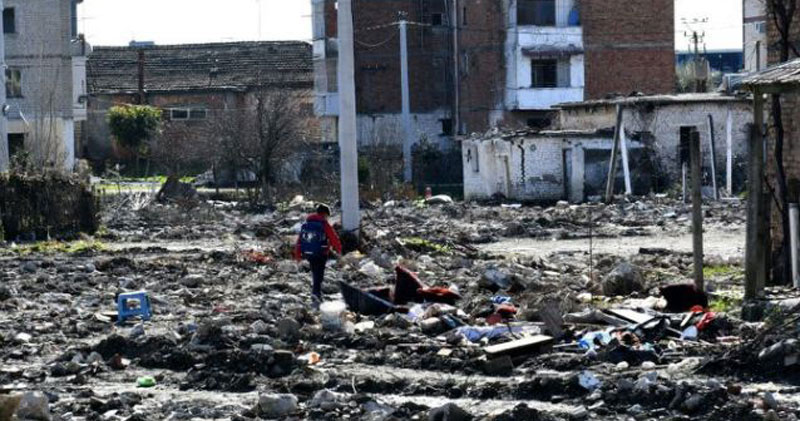 I nternational donors on Monday pledged 1.15 billion euros ($1.25 billion) to help Albania recover from a powerful earthquake last year, the EU chief announced, more than double the sum expected by Tirana. Albanian Prime Minister Edi Rama said the sum — which exceeds the total recovery bill of 1.08 billion euros assessed by the UN — was “beyond my wildest imagination”, having begun the day hoping for pledges of only 400 million euros. The money will help the impoverished Balkan state rebuild and recover after the 6.4-magnitude quake which hit in November, killing 51 people and leaving 17,000 homeless. “Good news for the people of Albania: We’ve surpassed our target for the reconstruction of Albania and reached a total of 1.15 billion euros, incl. 400 million euros in EU contributions,” European Commission President Ursula von der Leyen tweeted. “I’m overwhelmed by the support. Once again Europe stands together when it matters most!” European states and institutions contributed, along with other countries including Turkey and the United Arab Emirates as well as international financial institutions. “I am so happy and I am so so humbled by all of this,” Rama said. “We need now not to fail our friends and to make reconstruction in Albania a stunning example.”